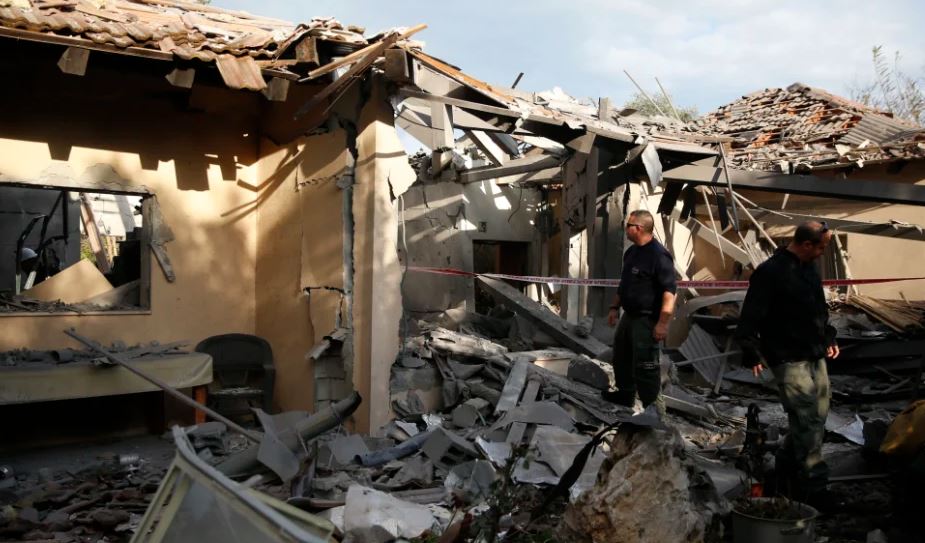 Jerusalem: Israeli Prime Minister Benjamin Netanyahu says he will cut short his visit to Washington after six people were wounded and a house near Tel Aviv was destroyed in a rocket attack from the Gaza Strip.

Israeli police said the rocket hit the house in the community of Mishmeret, north of the city of Kfar Saba, about 5.20am on Monday.

The sounds of air raid sirens woke residents, sending them scurrying to bomb shelters. The sound of an explosion followed.

The Israeli military said it identified a rocket fired from the Gaza Strip.

The Magen David Adom ambulance service said it was treating six occupants for wounds after a house was struck. It said a 50-year-old woman was moderately wounded and the others, including an infant, were slightly injured.

There was no immediate claim of responsibility.

Netanyahu, who is seeking a fifth term in next month’s election, was in Washington on Monday and was due to meet US President Donald Trump.

The attack comes at a time of high tension ahead of the anniversary of Gaza border protests and an election campaign in Israel.

He described the incident as a “criminal attack” and vowed to strike back hard.

He said he would return to Israel to handle the crisis shortly after meeting Trump on Monday.

Read the article in The Sydney Morning Herald (AP, Reuters).