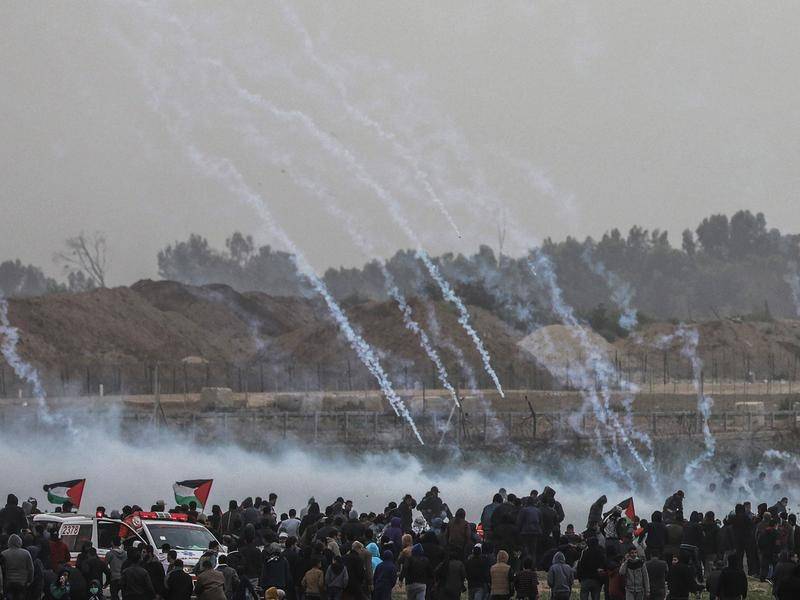 Four Palestinian demonstrators have been killed and more than 300 injured in clashes with the Israeli army on the Gaza border since Friday night, the Gaza Health Ministry says.

Three Palestinians died during the clashes, while a fourth died in hospital on Saturday from wounds he sustained the previous evening.

Violence erupted between demonstrators and Israeli soldiers stationed on the Israel-Gaza border, as tens of thousands demonstrated to mark the one-year anniversary of the Great March of Return protests.

The Israeli army, which put the number of protesters at 40,000, accused participants of throwing stones and setting tyres on fire. In addition, a number of grenades and explosive devices were hurled at the border fence, it said.

Witnesses said Israeli soldiers fired tear gas and live gunfire at the demonstrators to keep them from approaching the fence.

The Israeli army warned Gazans not to approach the fence during the protests, calling on them to keep a distance of 300 metres away.

The army said that troops had fired “in accordance with standard operating procedures”.

Read the report by Saud Abu Ramadan and Tamara Zieve in The Courier and the Newcastle Herald.