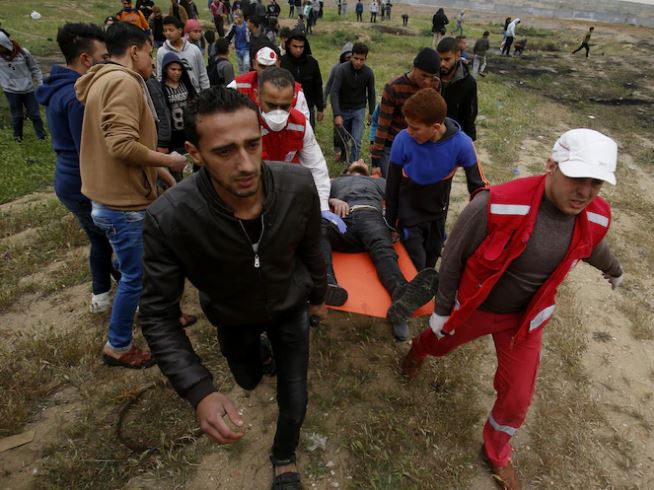 Five rockets have been fired from the Gaza Strip into Israel, the Israeli military announced, following a day of mass protests that saw Israeli troops kill four Palestinians near the territory’s border.

No casualties were reported and no Palestinian group claimed responsibility for the rockets, though they appeared to be in retaliation for the deaths of the protesters.

Tens of thousands faced off against Israeli tanks and troops on the first anniversary of the ‘Great March of Return’ demonstrations.

Israeli forces had massed on the other side of the fortified border with Gaza, with tensions already high after a rocket attack from Gaza and Israeli air strikes earlier in the week.

Two of those killed were 17-year-olds shot dead by Israeli troops while protesting, medical officials said, adding another person was killed at an overnight protest hours before the main rally.

According to Gaza’s health ministry, at least 207 people were wounded.

But Saturday’s rally was smaller than expected, despite concerns that the anniversary would see a major escalation.