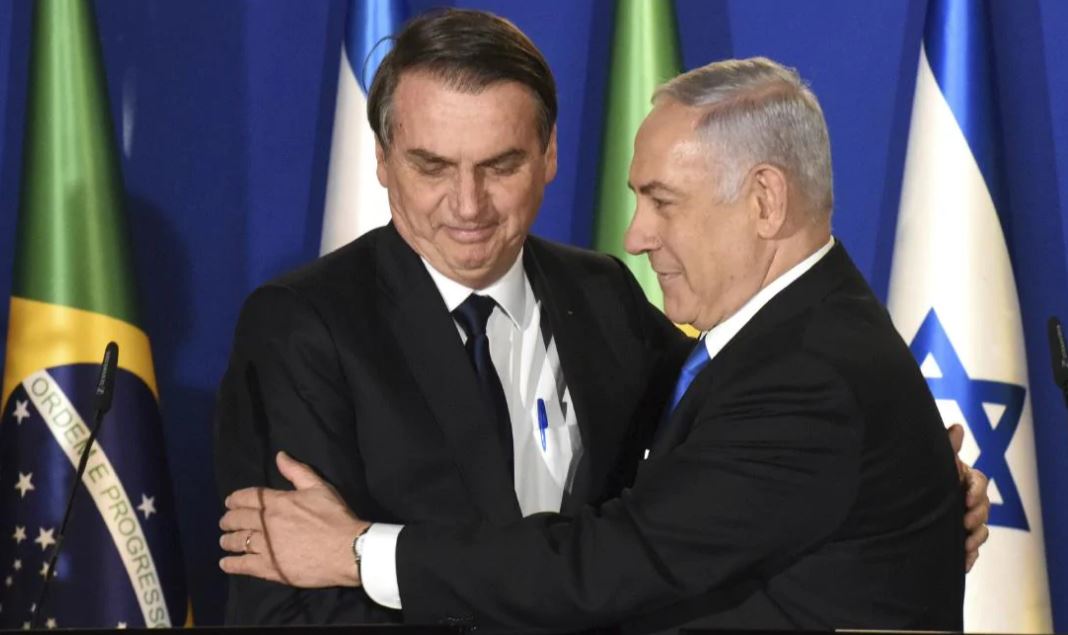 Brazilian President Jair Bolsonaro met Prime Minister Benjamin Netanyahu as he began a visit to Israel yesterday, but his pledge to move his country’s embassy to Jerusalem ­appeared to be on hold.

Mr Netanyahu had been hoping Mr Bolsonaro would follow through on his pledge to move the embassy to the disputed city, giving the Israeli Prime Minister a boost ahead of April 9 elections.

“We are making history together,” Mr Netanyahu said at an airport welcoming ceremony, adding that they had “opened a new era in relations between our two countries”. Mr Bolsonaro said: “My government is firmly resolved to strengthen the partnership between Brazil and Israel. Co-operation in the areas of ­security and defence is also of great interest to Brazil.”

Mr Bolsonaro will walk a diplomatic tightrope during the three-day visit as he seeks to shore up ties with Mr Netanyahu while avoiding angering Arab trade partners.

Months after promising to move the embassy — a step ­already taken by US President Donald Trump — Mr Bolsonaro has yet to announce a timetable. Last week he suggested he was in no hurry. “Trump took nine months to decide, to give his final word,” he said. “Perhaps now we will open a commercial office in Jerusalem.”