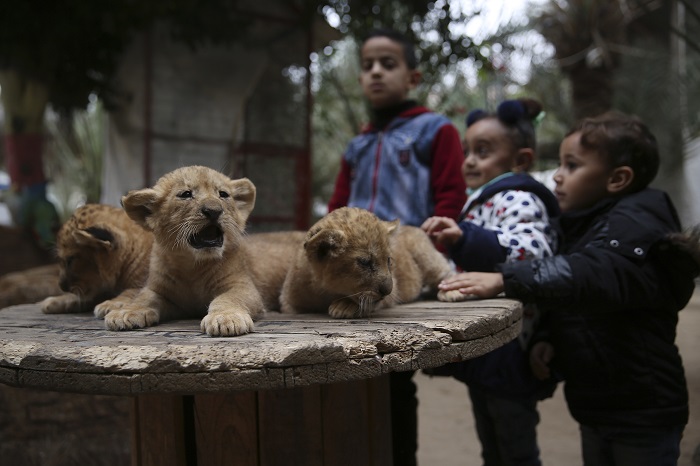 Palestinian children stand near two-month-old lion cubs at the zoo in Rafah, Gaza Strip, Friday, Dec. 22, 2017. A Palestinian zoo owner has put three lion cubs for sale, fearing he won't be able to afford to feed them as they grow. (AP Photo/Adel Hana)

When war and violence breaks out, people flee for their lives.

But often times, zoo animals get left behind.

An animal rescue charity called Four Paws organises rescue missions to get captive animals out of war-torn locations like Syria and Iraq.

Now, they’re planning a rescue mission to a zoo in Gaza.

Listen to the story with Patricia Karvelas on ABC RN Drive.