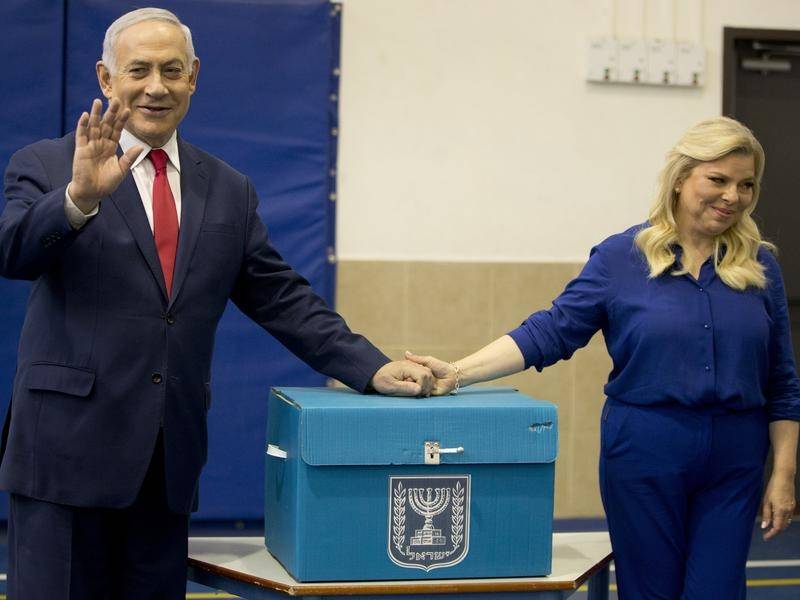 Benjamin Netanyahu appears headed toward a historic fifth term as Israel’s prime minister, with unofficial election results giving his right-wing Likud and other nationalist and religious parties a solid majority.

The outcome affirmed Israel’s continued tilt to the right and further dimmed hopes of a negotiated solution to the Israeli-Palestinian conflict.

Re-election will also give Netanyahu an important boost as he braces for the likelihood of criminal charges in a series of corruption scandals.

With 97.4 per cent of the vote counted, Likud and its traditional political allies were in command of a 65-55 majority in parliament.

The final makeup of the next parliament has yet to be decided, with a couple of small parties still fighting for their electoral survival.

The country now faces what could be weeks of political negotiations over the composition of a ruling coalition.

The long-time Israeli leader had fought a tight, ugly race against centrist ex-military chief Benny Gantz, whose nascent Blue and White party emerged as a viable alternative to Netanyahu’s decade in power.

The near-final results showed it deadlocked with Likud at 35 seats. But most of its support seems to have come at the expense of the Labor and leftist Meretz parties, who both earned historic lows in Tuesday’s election.

Together with his current Jewish ultra-Orthodox and nationalist partners, Netanyahu should have no trouble building a coalition government that has a majority in the 120-seat parliament.

Read the article by Aron Heller in The Canberra Times.