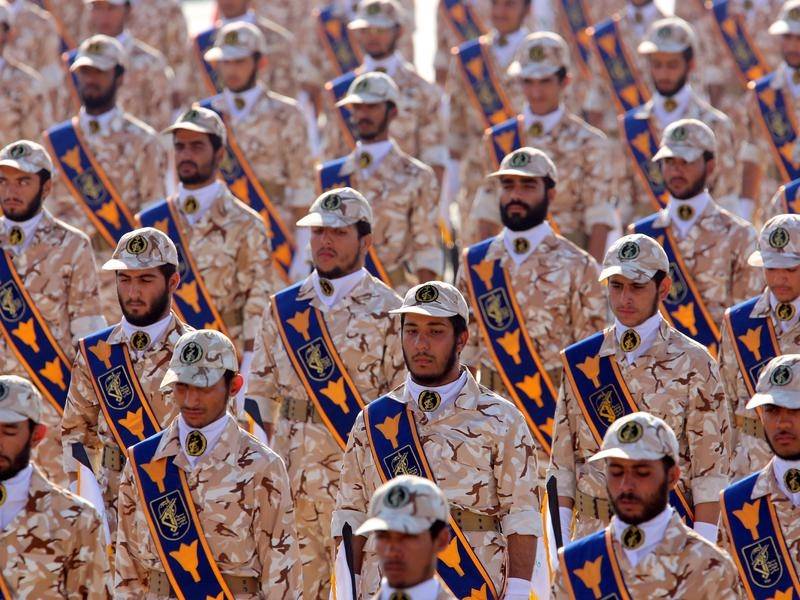 Iran says the decision is illegal and has retaliated by designating US military forces a terrorist organisation, according to Iran state-run TV.

It is the first time the US has formally labelled another country’s military a terrorist group.

“The IRGC is the Iranian government’s primary means of directing and implementing its global terrorist campaign,” Trump said in a statement on Monday.

The designation “makes crystal clear the risks of conducting business with, or providing support to, the IRGC”, Trump said.

“If you are doing business with the IRGC, you will be bankrolling terrorism.”

Critics have warned that the move could open US military and intelligence officials to similar actions by unfriendly governments.

The US has already blacklisted dozens of entities and people for affiliations with the IRGC, but not the organisation as a whole.

Secretary of State Mike Pompeo, a strident critic of Iran, has pushed for the change in US policy as part of the Trump administration’s tough posture toward Tehran.

Pompeo told a news conference the designation will take effect in one week.

The announcement comes shortly before the first anniversary of Trump’s decision to pull out of a 2015 nuclear deal with Tehran and to reimpose sanctions that had crippled Iran’s economy.

Read the article by Lesley Wroughton in the Newcastle Star.