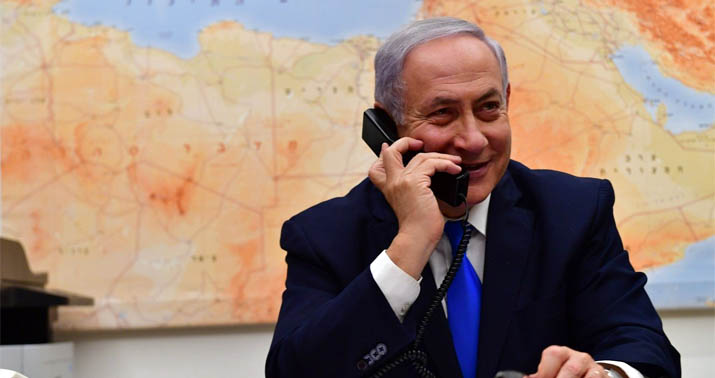 Netanyahu rides the mood of the public to victory

Benjamin Netanyahu’s election to what is likely to be a fifth term as Israel’s Prime Minister is a personal­ triumph, as well as a testa­ment to how much he has moved the Jewish state’s politics to the Right in the past 20 years.

The Prime Minister’s Likud party is expected to win 35 seats in the Knesset. Former general Benny Gantz, whose rookie Blue and White party led many pre-election polls, also secured 35 seats. Netanyahu has a clear path to a governing coalition in the 120-seat parliament and Likud has won more seats than in any previous­ election in which he was the leader.

The veteran Prime Minister ran as a statesman indispensable to Israel’s security. The fruits of his close relationship with US President Donald Trump helped make the case: a US embassy in Jeru­salem; American recognition of Israe­li sovereignty in the Golan Heights; and Tuesday’s designa­tion of Iran’s Islamic Revolutionary Guard Corps as a terrorist organisation.

He could also point to improved­ relations with Sunni Arabs in the Gulf states and Egypt. Israel’s economy under Netanyahu has prospered as he has tried to remove its socialist shackles. Proof of his success is that Gantz focused not on policy but on Netanyahu’s long tenure and bumptious personal­ity. “I think Benjamin Netanyahu has done a lot for the country. He is the son of this country­,” he said this month. “But, as they say, enough is enough.”

Read the article in The Australian (from The Wall Street Journal)