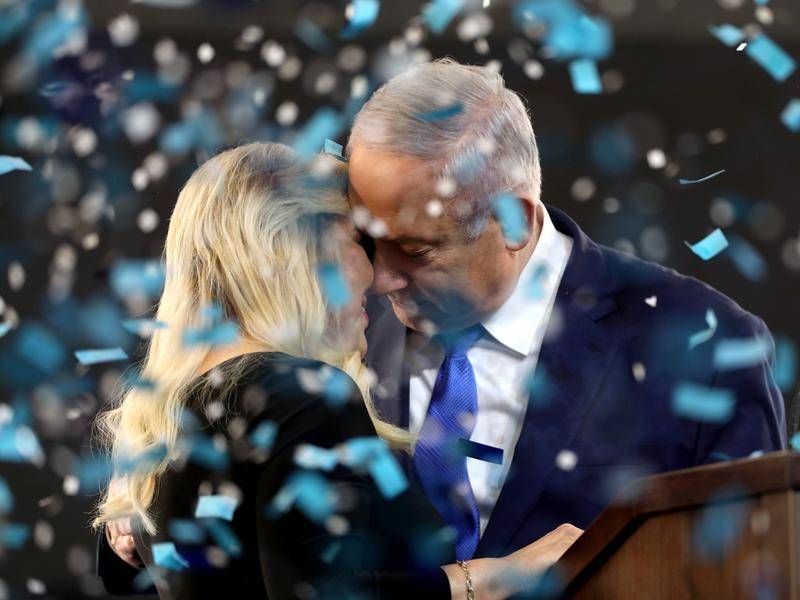 Israeli Prime Minister Benjamin Netanyahu has secured a clear path to re-election, with religious-rightist parties set to hand him a parliamentary majority and his main challenger conceding defeat.

With more than 99 per cent of votes counted – ballots cast by soldiers at military bases will be tallied over the next two days – Netanyahu’s conservative Likud Party looked likely to muster enough support to control 65 of the Knesset’s 120 seats, making him head of the next coalition government.

It would be Netanyahu’s record fifth term as premier.

In a televised statement, Yair Lapid, No. 2 in the centrist Blue and White party led by former general Benny Gantz, said: “We didn’t win in this round. We will make Likud’s life hell in the opposition.”

US President Donald Trump, who Netanyahu featured on campaign billboards to highlight their close relationship, phoned to congratulate him on his re-election, the Israeli leader said, adding that he thanked his American ally for “tremendous support for Israel”.

Israeli President Reuven Rivlin said on Twitter he would begin meeting next week with political parties that won parliamentary seats to hear who they support for prime minister.

At the sessions, which Rivlin said would be broadcast live “to ensure transparency”, he will then pick a party leader to try to form a coalition, giving the candidate 28 days to do so, with a two-week extension if needed.

Read the article by Jeffrey Heller in The Canberra Times.