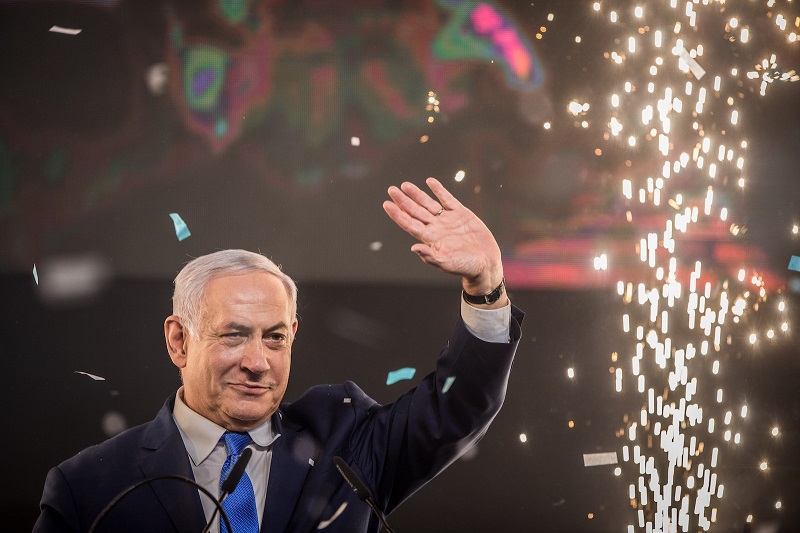 Israel’s elections: many messiahs, but only one king

Benjamin Netanyahu survived a scare, and why should anyone
be surprised when a noble amateur loses to the ruthless pro?

Twenty years ago, Benjamin Netanyahu – “Bibi” to friends and foes alike – lost in an electoral landslide to Ehud Barak, then head of the Israeli Labor Party. It ended his first term as prime minister. Many thought it would be his only term.

I remember standing in a densely packed Rabin Square in Tel Aviv on election night watching Barak heralded as the new messiah of Israeli politics: a non-politician (he was a military hero and former Chief of General Staff) who would transform Israeli politics and society. Bibi, meanwhile, was being despatched by most observers to the rubbish receptacle of history.

To be fair to that last prediction, Bibi did spend a fair amount of time in the political wasteland after 1999. When Barak stumbled out of office in 2002, a failure caused as much by his own political ineptitude as the collapse of the peace process he was trying to conclude, Likud returned to power. But it was led back into office not by Bibi, but by an older war-horse, Ariel Sharon.

Sharon made Bibi his Finance Minister which did a lot to rebuild his reputation, at least as a steward of the Israeli economy, which boomed under his watch. But it would be a decade following his ignominious defeat in 1999 before Bibi would return to the Prime Minister’s chair in 2009, a seat he has occupied ever since.

In a few months he will overtake Israel’s founder David Ben Gurion as the country’s longest serving prime minister. To his most ardent admirers Bibi is “King of Israel”. To his equally passionate detractors, some of whom share his ideological outlook, he is mendacious and Machiavellian. The fact that he won this election with a corruption indictment hanging over his head explains as much about why people love him as why they loathe him.

Read the article by Anthony Bubalo on The Interpreter.