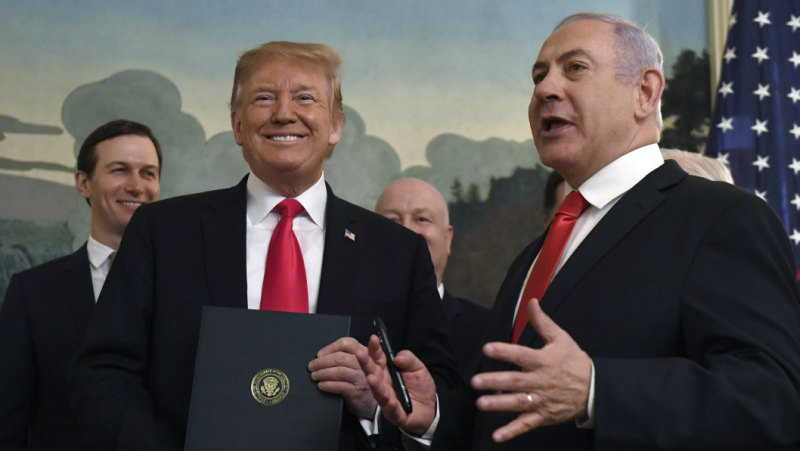 Jerusalem, Golan, Madonna: Trump has given Israel the world

Since Donald Trump became president he has granted several of Israel’s dearest wishes, – dumping the Iran nuclear deal, moving the US embassy to Jerusalem, recognising Israeli sovereignty over the Golan Heights and designating Iran’s Revolutionary Guard as a terrorist organisation.

America is even sending Madonna to Israel. The Queen of Pop will perform at the Eurovision Song Contest on May 18, defying the Boycott, Divestment and Sanctions (BDS) movement.

Now that Binyamin Netanyahu has a mandate to form another Israeli government, the US administration’s Middle East peace plan is expected to be launched in the coming months – and Trump wants something in return from the Israeli prime minister.

“Bibi has pocketed a number of serious concessions from the administration, so one could argue that he owes them,” said Jonathan Schanzer, senior vice-president of research at the Foundation for Defence of Democracies.

The plan is the brainchild of the president’s son-in-law Jared Kushner, who has been working with a tight group – including David Friedman, the US ambassador to Israel, and Jason Greenblatt, special representative for international negotiations – to construct a deal, details of which are still under wraps.

Experts say the group focuses heavily on economic issues and bolstering Palestinian economic power. There is also a strong expectation that it will be dead on arrival.

Read the article by Josh Glancy in The Australian (from The Times).