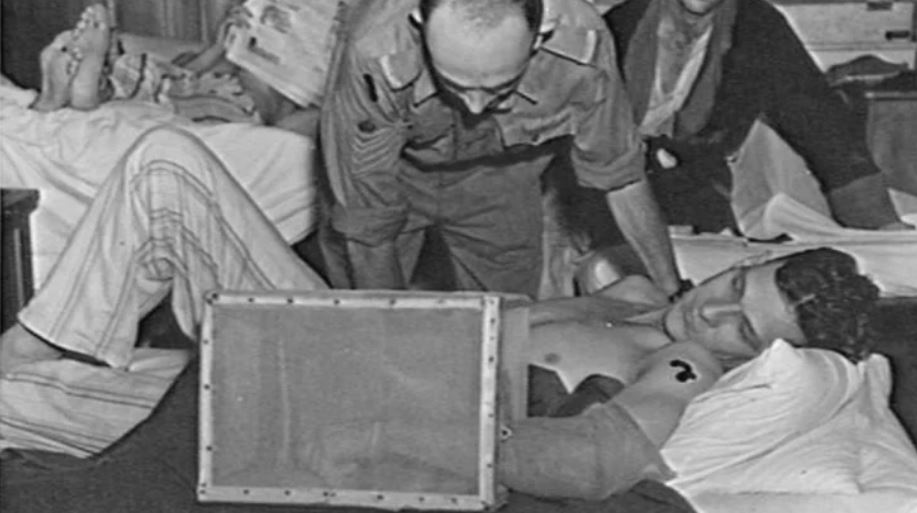 From the Archives: Australian army uses soldiers, Jews in experiments

Former human guinea pigs say the experiments permanently damaged their health, but many have been unsuccessful in claiming war service benefits.

Also among hundreds used in the research were soldiers recovering from surgery, illnesses and injuries and an unknown number of German and Italian men recruited for army labor companies from internment camps.

The Queensland-based experiments began in 1943 and continued for six months after the end of the war with Japan. Documents indicate that the work was carried out in Australia because America and Britain were reluctant to risk using their own soldiers.

By April 1946 more than 850 healthy, injured and convalescing men had been used.

Although partly recorded in official war histories, no mention is made of the use of Jewish refugees, alien internees or disabled soldiers, and details of the work were scattered after 1946. These included personal medical files of soldiers and former internees that Australian authorities later said could not be found.

The Age has pieced together details of the unit’s work from interviews with former guinea pigs and staff and documents held at the Australian Academy of Science, the Australian War Memorial, army personnel records, the Archive of Australian Judaica at the University of Sydney, international medical journals and the Australian Government Archive.

A six-month investigation by The Age has found that some of those experimented on included German and Austrian Jewish refugees interned and forcibly sent to Australia by Britain on board the ship Dunera in 1940.

Read the article by Gary Hughes and Gerard Ryle in The Sydney Morning Herald.