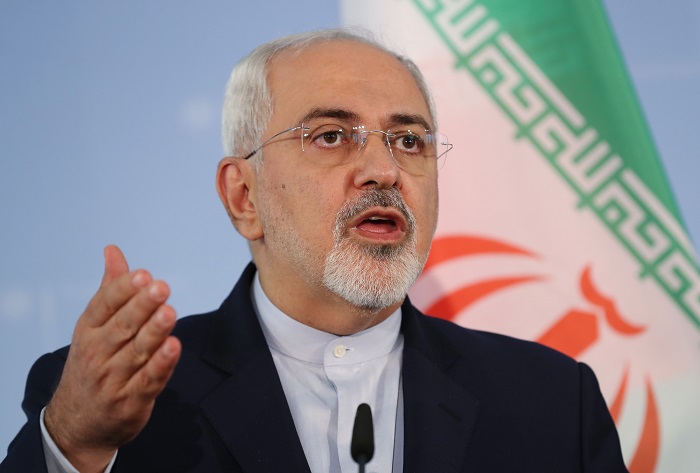 Speaking two days after the US said it would let waivers to a handful of governments still importing Iranian oil expire, exposing them to sanctions, Zarif said on Thursday (AEST) that he thinks that Trump wants to force Tehran to the negotiating table but is being pushed toward a potential military conflict by some of his advisers and regional allies.

He described them as a “B Team” of officials that included the Crown Prince of Saudi Arabia and National Security Advisor John Bolton.

“President Trump’s aim is to bring us to our knees and talk,” Zarif said at the Asia Society in New York. “But the B-team wants regime change at the very least.”

Iran’s leaders have been unified in saying the latest US efforts will fail, despite the hurdles already confronting the Islamic Republic’s economy since Trump withdrew a year ago from a seven-nation agreement meant to curb Iran’s nuclear program in exchange for ending some economic sanctions.

Oil steadied near a six-month high as an industry report showing a gain in US crude inventories partly offset concern over America’s campaign to halt Iranian crude exports.

Read the article by David Wainer (Bloomberg) in the Australian Financial Review.