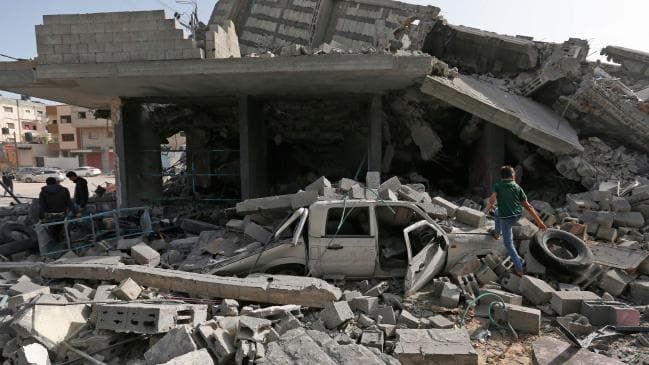 The latest short, intense flare-up of violence between Israel and Hamas-controlled Gaza appears to have concluded. Four Israelis and 29 Palestinians were killed.

The four Israelis were civilians; at least 11 of the Palestinians killed were members of the organisations engaged in combat against Israel (Hamas and Islamic Jihad). Two Palestinians were killed by a stray rocket fired by Islamic Jihad.

The Egyptian-brokered ceasefire that took hold in the early hours of Monday in all essence reimposes the “status quo ante bellum” (if such a ringing phrase may be applied to a round of conflict that lasted 41 hours).

Few if any on either side believe this episode will be the last of its kind. The swiftness with which normal life returns after intermittent eruptions of violence is a notable feature of life here. The clashes came during the approach to Israel’s Remembrance Day commemoration, and to the Independence Day celebrations that follow it, and on the eve of the month-long Muslim festival of Ramadan. This created an odd and undeclared common interest between the government of Israel and the rulers of Gaza for an early conclusion to the hostilities.

So should the latest confrontation simply be filed away as a passing episode in a seemingly endless if mostly contained conflict? Not quite. Israel’s central dilemma regarding Hamas-controlled Gaza can be discerned behind Israeli decision-making in recent days.

Observe: the latest events mark the clear arrival of the Palestinian Islamic Jihad organisation to a primary role in the ongoing conflict. The fighting was triggered by the targeting by Islamic Jihad snipers of Israel Defence Forces personnel on the border area on May 3. Two IDF soldiers — a man and a woman — were wounded. The attack took place against the background of a Hamas-organised border demonstration. Israel’s response then led to further Hamas missile and rocket attacks.

Read the article by Jonathan Spyer in The Australian.