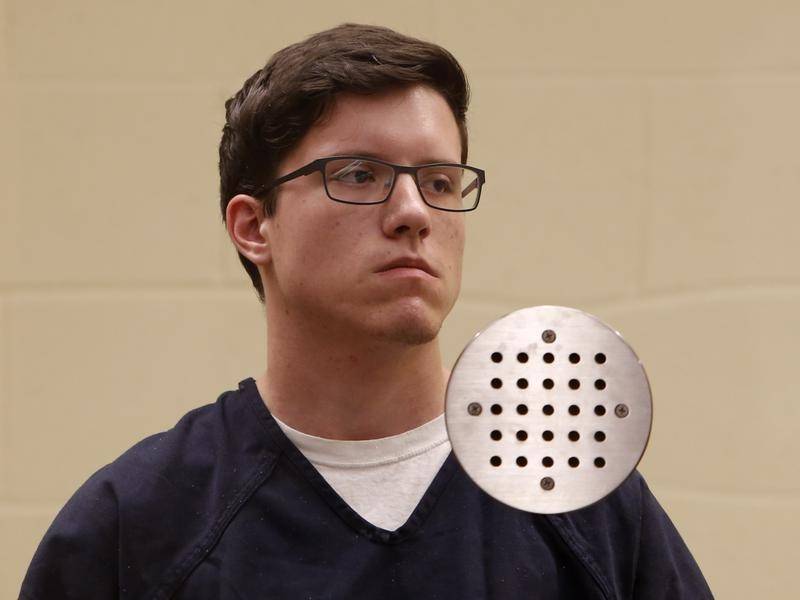 A gunman who killed a woman and wounded three during services at a Southern California synagogue later told a 911 dispatcher he had done it because “the Jewish people are destroying the white race”.

That’s what prosecutors said Thursday in announcing 109 hate crime and other charges against the 19-year-old suspect John T. Earnest, who could face the death penalty following last month’s shooting north of San Diego.

The new charges against Earnest, 19, also include an earlier arson at a nearby mosque.

“We will not allow our community members to be hunted in their houses of worship, where they should feel free and safe to exercise their right to practice their religion,” Brewer said at news conference.

The federal charges include murder for the killing of 60-year-old Lori Kaye, who was hit twice as she prayed in the foyer of the synagogue. It also includes charges for the attempted murder of 53 others.

Three people were wounded, including an eight-year-old girl, her uncle and Rabbi Yisroel Goldstein, who was leading a service on the last day of Passover, a major Jewish holiday.

“As a society we must surely focus on the preventive measure of instilling in our youth a sense of personal accountability to a Higher Being, in whose image every human being was created,” Chabad of Poway Synagogue said in a statement provided to The Associated Press.

Read the article by Julie Watson in the Canberra Times.