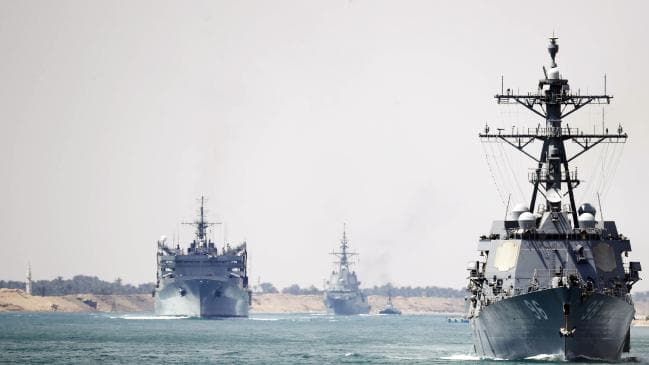 The drums of war are beating once again. A US aircraft-carrier strike group is steaming towards the Persian Gulf, joined by B-52 bombers, after unspecified threats from Iran. National Security ­Adviser John Bolton says any ­attack on the US or its allies “will be met with unrelenting force”.

In Tehran, President Hassan Rouhani says Iran will no longer abide by the terms of the deal signed with the US and other world powers, whereby it agreed to strict limits on its nuclear program in return for economic relief. Iran looks poised to resume its slow but steady march towards the bomb — giving American hawks like Bolton further grievances.

Just four years ago America and Iran were on a different path. After Barack Obama offered to extend a hand if Iran’s leaders “unclenched their fist”, the two sides came together, leading to the ­nuclear deal. That promised to just possibly break the cycle of threat and counter-threat that have dogged relations since the Iranian revolution 40 years ago.

Today Bolton and Secretary of State Mike Pompeo believe in using economic pressure to topple the Iranian regime and bombs to stop its nuclear program. In Tehran the mullahs and their Revolutionary Guards are tightening their grip at home and lashing out abroad. In both countries policy is being dictated by intransigents, who risk stumbling into war.

Read the article in The Australian (from the Economist).