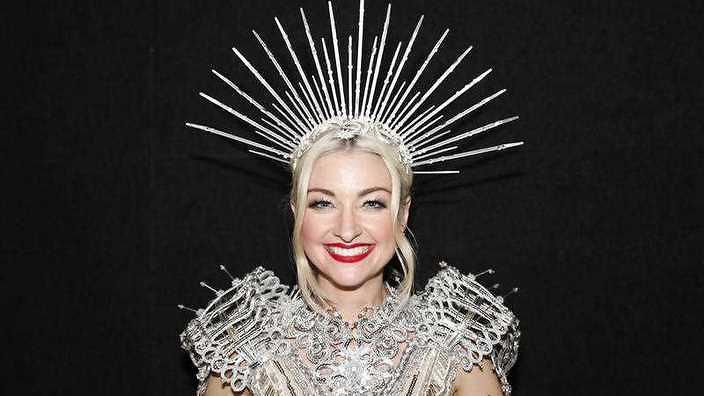 Kate Miller-Heidke was tired, just so tired. She couldn’t think straight and her body and mind felt wrong.

Trapped in a fog and a vortex of negativity that cruelled her confidence and her voice, the singer-songwriter feared she may never be able to perform again.

It was her voice that had saved her from tough times in the past and propelled her into the spotlight as one of Australia’s most popular and critically acclaimed singers.

But after a traumatic birth and a recovery hindered by lack of sleep, Miller-Heidke felt her muscles were frail and ineffective.

“Physically I was too tired to sing,” she told Australian Story.

“All these muscles were weak and somehow broken.

“I started to worry that it was never going to come back.”

But now that voice — described by US singer-songwriter Ben Folds as “one of the best in the world” — is back.

Nearly three years after she feared for her future as a singer, Miller-Heidke, 37, will step onto the largest stage of her career, embracing the glare of the global pop spotlight at Eurovision.

When the platinum-selling, genre-crossing singer represents Australia at this week’s song contest, it will mark the culmination of her journey from darkness into light and colour.

Read the article and watch the video clip from Australian Story.