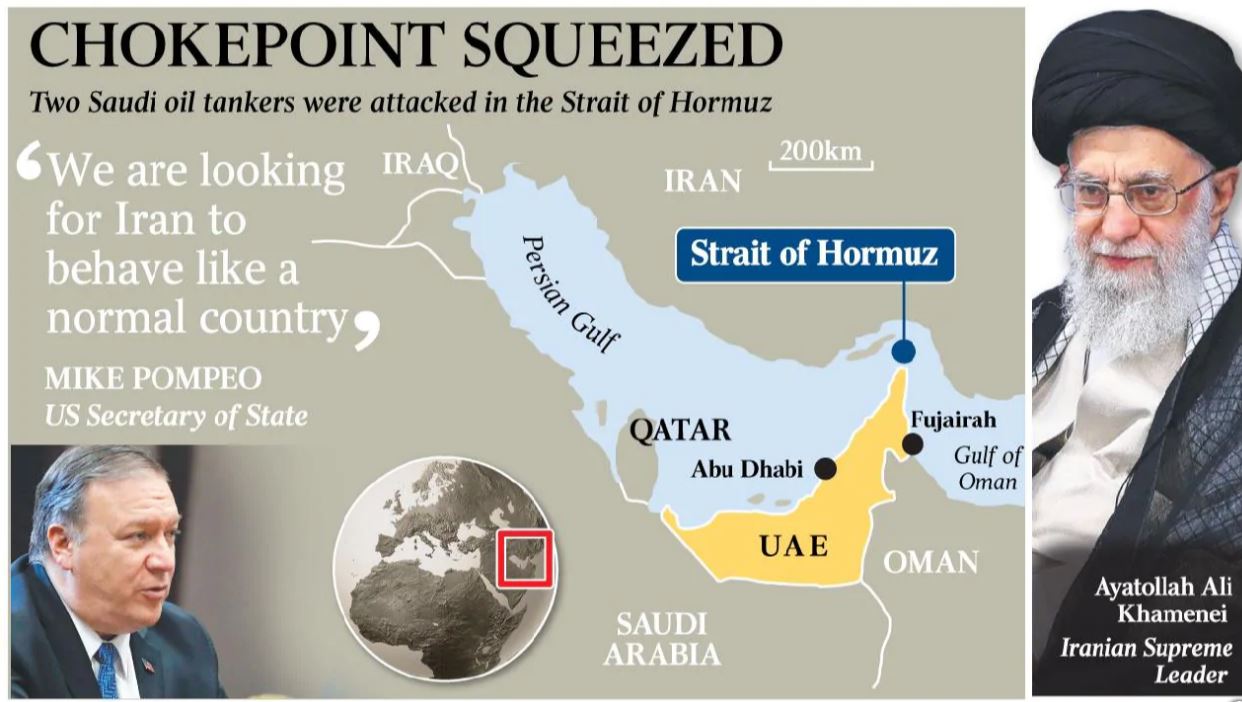 Americans told ‘get out now’ as Iran war talk escalates

The US has ordered all non-essential, non-emergency gover­n­­ment staff to leave Iraq immediate­ly, amid escalating tension­s with its neighbour Iran.

The alert from the State ­Department, published on the US Baghdad embassy’s website last night, came after Iran’s Supreme Leader issued a veiled threat that it wouldn’t be difficult for the Islamic Republic to enrich uranium to weapons-grade levels.

The regime’s senior officials yesterday accused the Trump administr­ation of trying to pull it into a war around the Persian Gulf, with the US and its regional allies.

US Secretary of State Mike Pompeo said while the US did not seek a war with Iran, “if American interests are attacked, we will ­respond in an appropriate fashion”.

“We are looking for Iran to ­behave like a normal country,” Mr Pompeo said, pointing in part to Tehran’s backing of Huthi rebels in Yemen who are under attack from US ally Saudi Arabia.

US President Donald Trump earlier rejected a report in The New York Times, saying it was “fake news” that he was planning to send 120,000 troops to counter Iran, but he did not rule out deployin­g “a hell of a lot more” soldier­s in the future.

Mr Trump was responding to reports that the Pentagon had drawn up plans for an expeditionary force of that size at the behest of his hawkish National Security Adviser, John Bolton.

“Now, would I do that? Abso­lutely. But we have no plans for that,” he said outside the Oval ­Office. “Hopefully we are not going to have to plan for that. And if we did that we would send a hell of a lot more troops than that.”

Read the article in The Australian (from AFP, The Wall Street Journal, The Times)