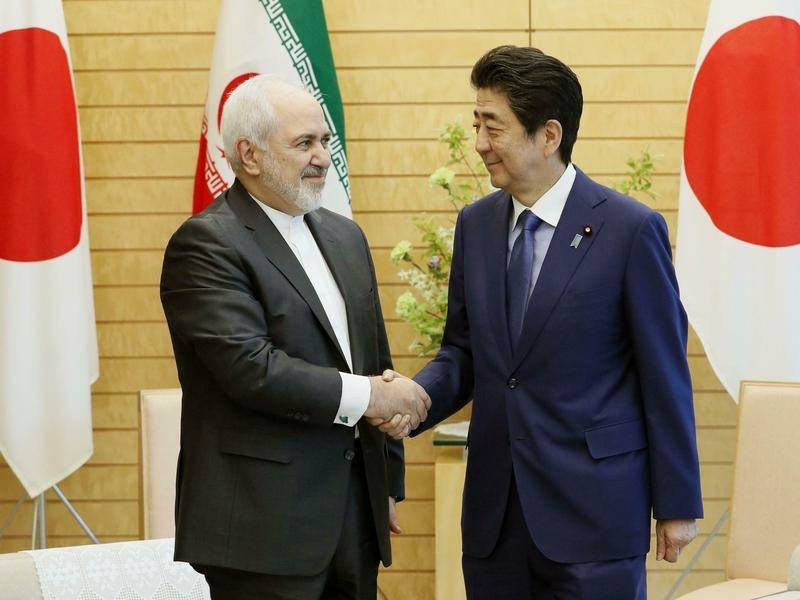 Iran ‘exercising restraint’ with US: Zarif

Iran is committed to its obligations under an international nuclear deal despite US withdrawal from the landmark agreement, its foreign minister says, calling the reimposition of US sanctions “unacceptable”.

Foreign Minister Mohammad Javad Zarif made the comments in a meeting with his Japanese counterpart in Tokyo as tensions rise in the Middle East, fuelling concern the US and Iran are heading for conflict.

Iran is exercising “maximum restraint in spite of the fact the United States withdrew from (the) JCPOA last May,” Zarif said.

He was referring to the Joint Comprehensive Plan of Action signed in 2015 by the United States, Iran and other countries, under which Iran curbed its uranium enrichment capacity and won sanctions relief in return.

President Donald Trump withdrew the US from the agreement last year and is ratcheting up sanctions on Iran, aiming to strangle its economy.

An attack on four oil tankers in the Gulf on Sunday, for which no one has claimed responsibility, and Saudi Arabia’s announcement armed drones hit two of its oil pumping stations have compounded fears of war.

The US withdrew staff from its embassy in Iraq on Wednesday out of apparent concern about threats from Iran. Trump is sending an aircraft carrier group, B-52 bombers and Patriot missiles to the Middle East to counter what the US calls a heightened threat to US soldiers and regional interests.