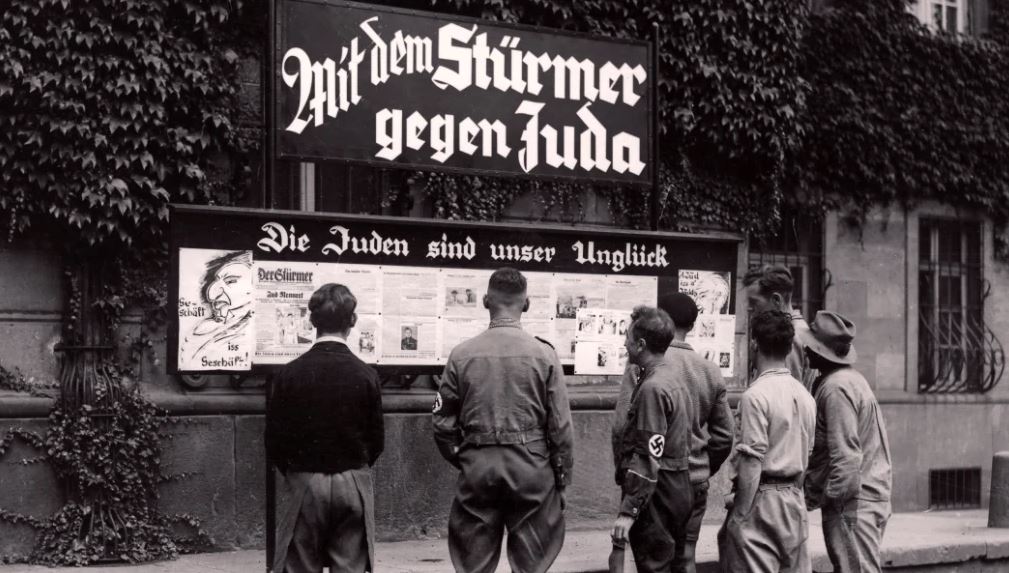 How anti-Semitism suited so many people in the 20th century

For more than two millennia anti-Semitism has flourished – spawned in the church, nurtured by primitive prejudice, xenophobia, economic ills and geopolitical shifts. From the Jew as Christ killer to the Jewish Bolshevik of the 20th century – the Jew has persisted as the eternal other, anti-Semitism the ur-racism from which all racism has derived its tropes and myths.

In A Specter Haunting Europe: The Myth of Judeo-Bolshevism, Paul Hanebrink analyses anti-Semitism across the last century – the particular form it took after the Russian Revolution, between the two world wars, and in the aftermath. Constructing communism as a Jewish plot was to serve burgeoning national interests, the Nazi race project and the Cold War.

Jews would be characterised as global conspirators, rapacious capitalists, internationalists, socialists and sewer rats. If one was prone to irony it might seem a bizarre conflation of contradictory stereotypes – Jews apparently controlling the banks, the media, the flow of capital and at the same time their liberal values undermine the Christian-Western moral order.

The empirical evidence has not dispelled the idea that communism is a Jewish conspiracy and therefore Jews are responsible for communism’s crimes. In the first half of the century some Jews were communists, some communists were Jews. But not all communists were Jews. Given the history of persecution it is unsurprising that some Jews were attracted to political movements advocating social equality and social justice. However, Jews were not disproportionately represented in European communist parties, having diverse political affiliations including to Zionism, the Bund and socialism.

Read the review by Louise Adler of A Specter Haunting Europe: The Myth of Judeo-Bolshevism in The Sydney Morning Herald.