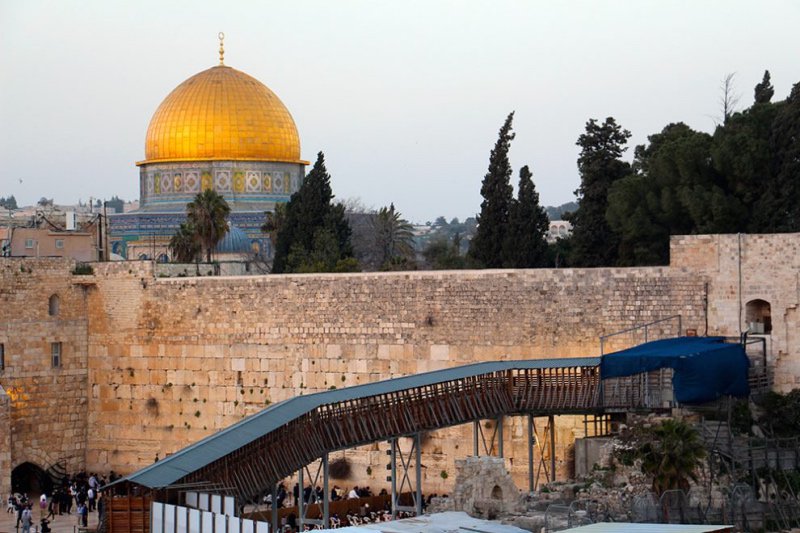 Latino evangelical leaders meet in Jerusalem for summit on Israel

In mid-May, one year after the United States relocated its embassy from Tel Aviv to Jerusalem, nearly 200 evangelical Latino leaders from the US, Latin America and the Caribbean attended a festive rooftop ceremony in the Old City of Jerusalem.

They were joined by Jewish leaders from Israel and abroad.

Although it was hot enough on that roof to fry an egg, the leaders – dressed in business attire for the occasion – took solace in the heart-stopping view of the Temple Mount a mere 90 metres away.

Below it, the Western Wall was crowded with worshippers.

On a mission organised by the Latino Coalition for Israel, the participants listened intently as speakers described the Jews’ “return to the Land of Israel” and musicians played The Star-Spangled Bannerand Hatikva (the Hope), Israel’s national anthem.

The bilingual English-Spanish mission culminated in a daylong summit attended by US Ambassador to Israel David Friedman. The summit was the latest expression of the American evangelical Latino community’s support for Israel and its warming ties with Diaspora Jewish communities.

As the number of evangelical Christians has swelled within the Latino community in the United States, so too has the community’s support for Israel and Jews around the world.

Its leaders believe Israel’s creation is the fulfillment of Biblical prophecy and Biblical passages that call for blessing the Jewish people.

“It is a miracle to see the return of Israel after 2,000 years of exile and Christian persecution,” said Rev Mario Bramnick, LCI’s president, who noted “an unprecedented rise of anti-Semitism” in the US.

Like many evangelical Christians, Bramnick, pastor of New Wine Ministries Church in Cooper City, Florida, believes that US President Donald Trump’s support of Israel, and especially his decision to bring the US Embassy to Jerusalem, was divinely inspired.

“It is a miracle that God appointed Donald Trump to be a modern Cyrus,” Bramnick said, referring to Cyrus the Great, the first king of the Persian Empire, who in the Hebrew Bible allows Jews to return to Jerusalem from Babylon. Some evangelicals see Trump as a Cyrus-like figure, who comes to the aid of God’s people – even though he is not particularly religious.