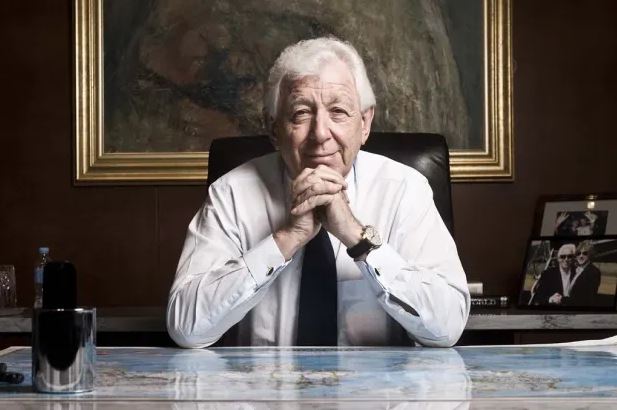 With the sale of Westfield Corporation last year, Sir Frank Lowy has retired and is now living in Israel.

“I feel that I’m home. That’s all. Very simple,” Sir Frank said in an interview with Israel’s Channel 12.

Sir Frank ranks No.7 on this year’s Financial Review Rich List with an estimated wealth of $8.56 billion from his property empire.

At, 88, he is the sole survivor of his siblings – two brothers and a sister who lived in Australia. Most of his family now live overseas too.

Two of his three sons are living abroad. His oldest son David lives in New York and his second son, Peter, is living in Los Angeles.

Eight of Sir Frank’s 11 grandchildren live in the US, as do six of his great-grandchildren.

Sir Frank was born in a small town in Slovakia and survived the Holocaust in Hungary. At 15, as a refugee, he boarded an illegal boat for Palestine.

There he fought in the War of Independence and witnessed the birth of the new State of Israel.

The surviving members of his family had moved to Sydney and he missed them. At the age of 21, he joined them.

Read the article by Jill Margo in the Australian Financial Review.