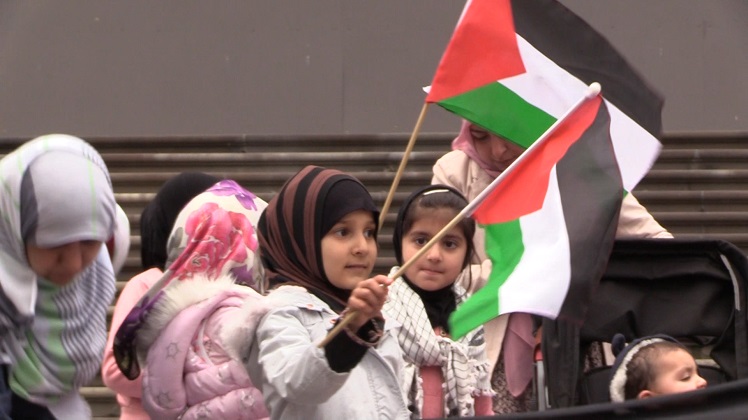 This was the “Free Palestine Al-Quds Rally 2019” on the steps of the Victroian parliament.

#Muslims of Melbourne called upon whom they referred to as ‘justice-seeking’ individuals to come together to remember and memorialise the struggles of their Palestinian brothers & sisters under alleged Israeli Apartheid and occupation.

From the #GreatReturnMarch, to the ongoing suffocation of the Gaza Strip and the dissection of Palestinian territories in the West Bank, they called upon their supporters to come together and make their voices heard.

People of all religions, faiths and nationalities were supposedly invited to attend, being encouraged to attend & show solidarity with their Palestinian brothers and sisters against the perceived Zionist enemy.

Watch the playlist of 7 videos from the Al-Quds Day rally in Melbourne.