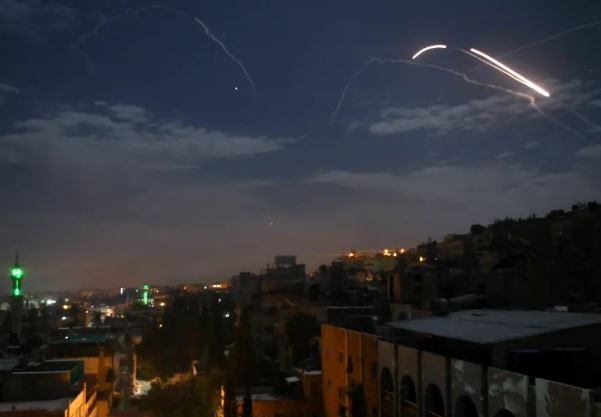 Israel has fired missiles at a Syrian military air base, killing a soldier and wounding two others hours after other Israeli attacks in southern Syria killed three soldiers and wounded seven, Syria’s state-run media said.

The new wave of Israeli missiles struck the T4 air base in the central province of Homs before midnight on Sunday, according to state-run Syrian television.

There was no immediate comment from Israel about striking the air base, which opposition activists said includes positions also manned by Iranian troops and members of an Iran-backed militia.

Syrian state television quoted an unidentified military official as saying that one soldier was killed and two were wounded in the air base attack and that an arms depot was hit as well. Israel has attacked the T4 base in the past.

It said it was responding to two rockets launched from Syria late Saturday, which caused no casualties. The army said one rocket fell within Israeli-controlled territory but didn’t explode.

This is the latest such exchange amid heightened tension in the region over Iran’s role in Syria and other parts of the Middle East.