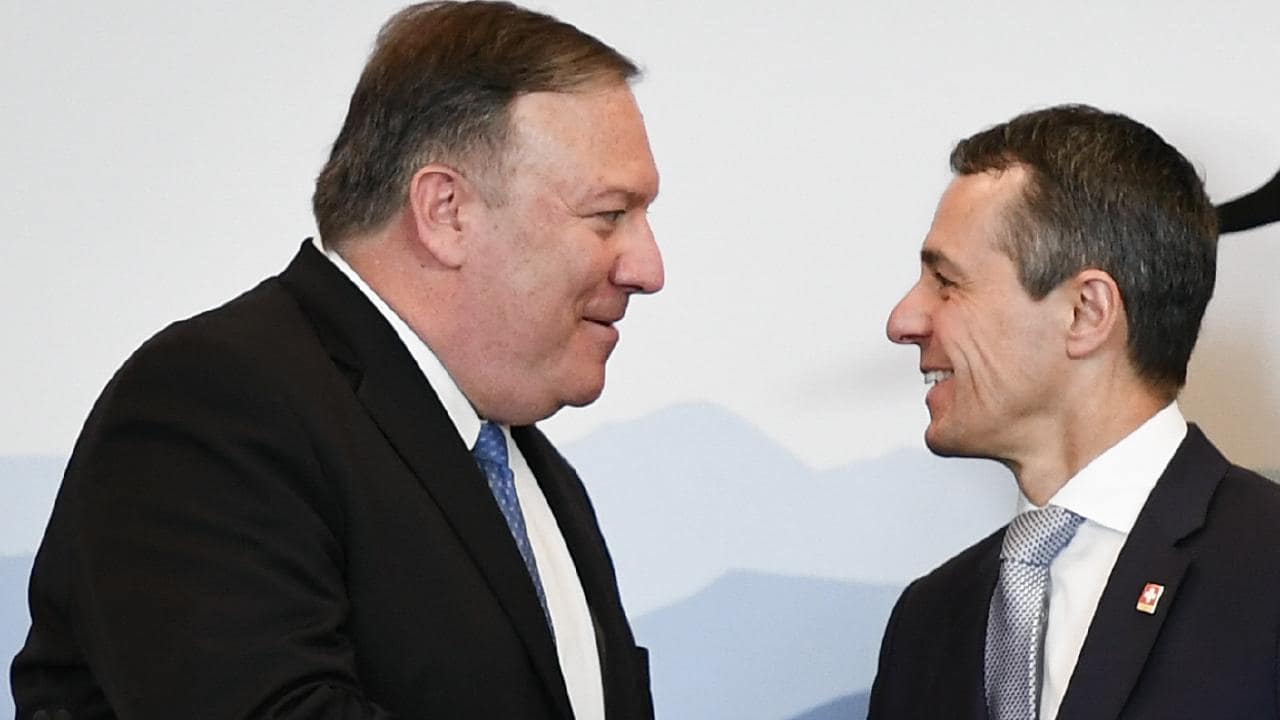 US ready to talk to ease Iran tension, says Pompeo

US Secretary of State Mike Pompeo says the Trump administration is ready for unconditional talks with Iran in an effort to ease rising tensions that have sparked fears of conflict.

But the US would not relent in trying to pressure the Islamic ­republic to change its behaviour in the Middle East.

Mr Pompeo repeated long-standing US accusations that Iran was bent on destabilising the ­region, but he also held out the possibility of talks as Donald Trump had suggested.

Mr Pompeo made the offer during a visit to Switzerland — the country that has long represented American interests in Iran — as part of a European trip aimed at ­assuring wary leaders that the US was not eager for war.

“We’re prepared to engage in a conversation with no preconditions,” Mr Pompeo said. “We’re ready to sit down with them, but the American effort to fundamentally reverse the malign activity of this Islamic republic, this revolutionary force, is going to continue.”

“It’s not very likely because talking is the continuation of the process of pressure. He is imposing pressure. This may work in a real estate market. It does not work in dealing with Iran,” Javad Zarif told America’s ABC.