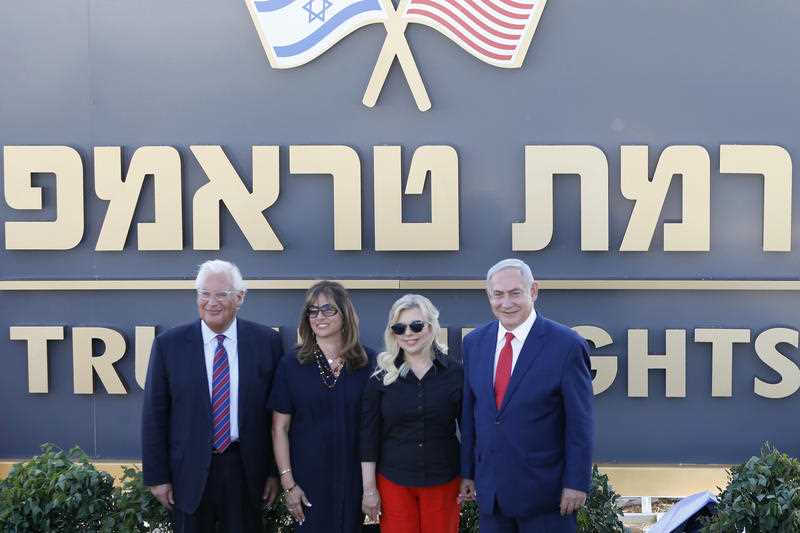 Netanyahu unveiled a “Trump Heights” sign, featuring an Israeli and a US flag, to mark the site of the new settlement.

The ceremony comes after the US president in late March recognised Israeli sovereignty over the part of the strategic plateau it seized from Syria in the 1967 Six-Day War.

Israel later annexed the area in a move never recognised by the international community.

“The Golan is Israeli and will remain so always”, Netanyahu declared.

Trump is “a very great friend of Israel who has taken a decision that has never before been taken”, he added.

The US president took to Twitter to thank Israel for the “great honour”.

Thank you PM @Netanyahu and the State of Israel for this great honor!🇺🇸🇮🇱 https://t.co/OUcf6s98UX