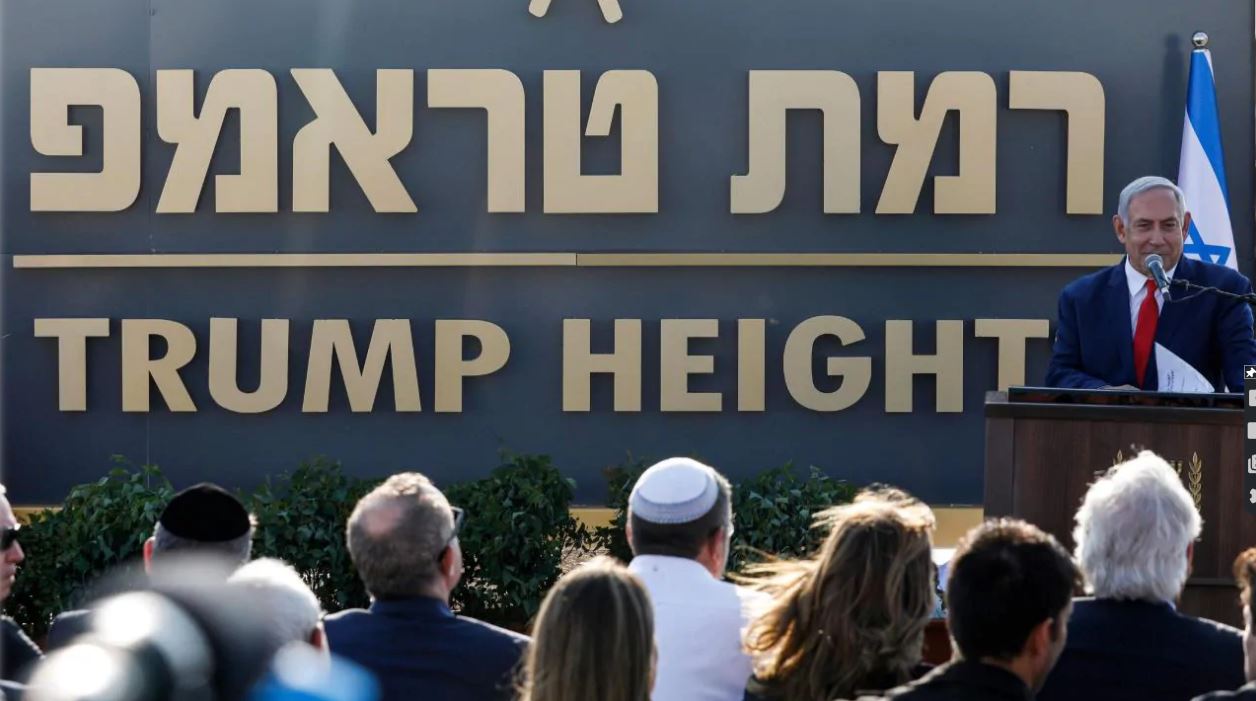 The Trump name graces apartment towers, hotels and golf courses. Now it is the namesake of a tiny Israeli settlement in the Israel-controlled Golan Heights.

Israeli Prime Minister Benjamin Netanyahu’s cabinet convened in this hamlet on Sunday to inaugurate a new settlement named after Donald Trump in a gesture of appreciation for the US leader’s recognition of Israeli sovereignty over the territory.

The settlement isn’t exactly new. Currently known as Bruchim, it is more than 30 years old and has a population of 10. Israel is hoping the rebranded “Ramat Trump”, Hebrew for “Trump Heights”, will encourage a wave of residents to vastly expand it.

Israel captured the Golan Heights from Syria in the 1967 war and annexed it in 1981. Most of the international community considers the move illegal under international law. But during a visit to Washington by Mr Netanyahu in March, just weeks before Israeli elections, Mr Trump signed an executive order recognising the strategic mountainous plateau as Israeli territory.