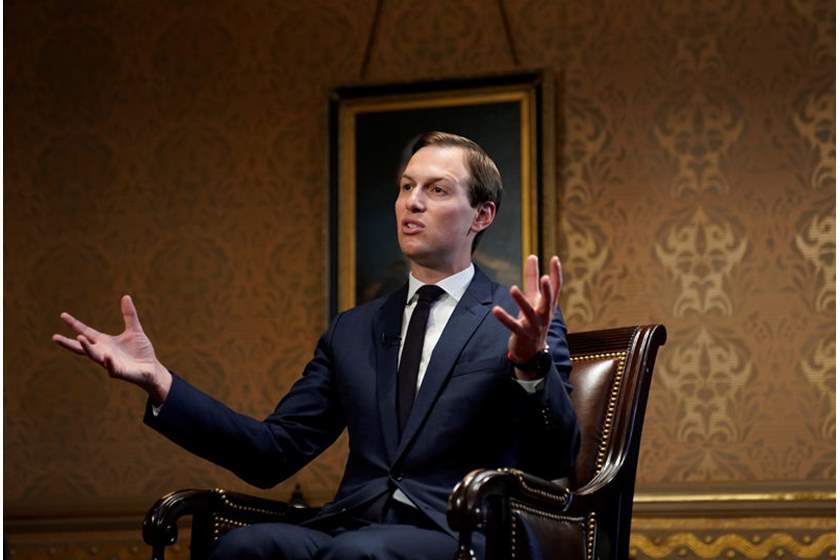 The Trump administration’s $US50 billion Middle East economic plan calls for creation of a global investment fund to lift the Palestinian and neighbouring Arab state economies.

It also includes the construction of a $US5 billion transportation corridor to connect the West Bank and Gaza, according to US officials and documents reviewed by Reuters.

The “economy first” approach towards reviving the moribund Israeli-Palestinian peace process could be a hard sell to a largely sceptical region.

The plan, set to be presented by President Donald Trump’s son-in-law, Jared Kushner, at an international conference in Bahrain next week, includes 179 infrastructure and business projects, according to the documents.

More than half of the $US50 billion would be spent in the economically troubled Palestinian territories over 10 years while the rest would be split between Egypt, Lebanon and Jordan.

Some of the projects would be in Egypt’s Sinai peninsula, where investments could benefit Palestinians living in adjacent Gaza, a crowded and impoverished coastal enclave.

The plan also proposes nearly a billion dollars to build up the Palestinians’ tourism sector, a seemingly impractical notion for now given the frequent flare-ups between Israeli forces and militants from Hamas-ruled Gaza, and the tenuous security in the occupied West Bank.

The Trump administration hopes that other countries, principally wealthy Gulf states, and private investors, would foot much of the bill, Kushner told Reuters.

The unveiling of the economic blueprint follows two years of deliberations and delays in rolling out a broader peace plan between Israelis and Palestinians.

Read the article by Matt Spetalnick and Steve Holland (Reuters) in The Weekly Times.