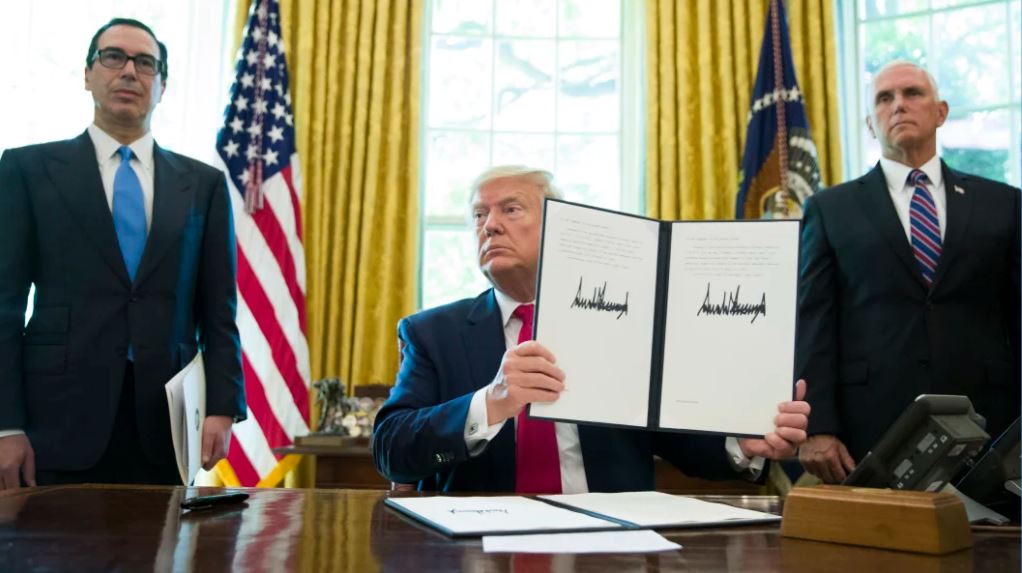 New York: Iran has slammed the Trump administration over new US sanctions targeting the Islamic Republic’s supreme leader and other top officials, with the Foreign Ministry saying the measures spell “permanent closure” of diplomacy between Tehran and Washington.

US President Donald Trump has announced new financial sanctions on Iran’s most senior leaders and military officials on Monday following the shooting down of a US drone last week.

The decision reinforces Trump’s preferred strategy of attempting to change Iran’s behaviour through economic damage rather than through military action. Trump last week called off a planned retaliatory strike on Iranian facilities at the last minute after learning the operation would result in 150 deaths.

The announcement came as US Secretary of State Mike Pompeo departed for a trip to the Middle East and Asia to try to build a global coalition against Iran.

“We will continue to increase pressure on Tehran,” Trump said on Monday, local time, as he prepared to sign an executive order in the Oval Office.

“We do not seek conflict with Iran or any other country. I think a lot of restraint has been shown by us, but that doesn’t mean we’re going to show it in the future.”

Trump added: “Never can Iran have a nuclear weapon.”

Read the article by Matthew Knott in The Sydney Morning Herald (with AAP).