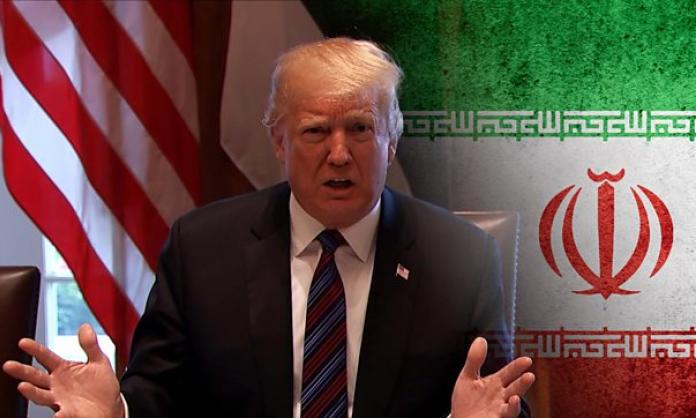 Trump’s Iran strategy: all that is new is old again

he Trump administration’s “maximum pressure” approach to Iran brought the Middle East to the brink of another imperialist attack on 20 June. The president claims to have approved military strikes, only to call them off at the last minute.

The trigger was the Revolutionary Guard Corps shooting down a US drone over the Strait of Hormuz. Debate raged over whether it was in Iranian airspace or above international waters at the time. But US media outlets and politicians spoke as one about an “act of aggression” by the Islamic Republic. Missing was any questioning of the right of the US armed forces to be anywhere near the Persian Gulf, let alone whether it had a right to deploy advanced surveillance systems against Iran. For a media and political establishment that has spent the better part of two and a half years denouncing shadows of “foreign interference” and hacking, the hypocrisy is, as they say, breathtaking.

Iran is surrounded, with US forces operating out of Bahrain, Djibouti, Iraq, Kuwait, Jordan, Qatar, Oman, Saudi Arabia, United Arab Emirates, Turkey and Afghanistan. Yet we’re told that the Islamic Republic is “escalating” tensions. Imagine for a moment a US adversary establishing military bases, and stationing tens of thousands of troops in Canada, Mexico, Cuba, the Bahamas, Haiti, the Dominican Republic and Bermuda. Then imagine it flying surveillance drones off the Florida coast. If Washington shot one down and the protagonist of all this aggression screamed “escalation”, you would roll your eyes at the ridiculousness of the allegation. But in the real world, where the US military is almost unchallengeable and has in recent memory obliterated and occupied Iran’s neighbour Iraq, the media are regurgitating every Pentagon talking point as considered commentary or fact.

Read the article by Ben Hillier in Red Flag.