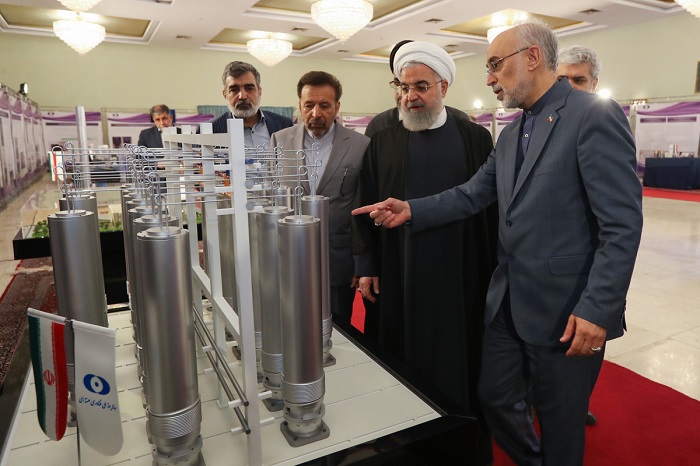 ‘Playing with fire’: Trump’s warning for Iran on nuclear stockpile

US President Donald Trump has warned Iran that it is “playing with fire” after it said on Tuesday that it had breached the limit of its enriched uranium stockpile set in a 2015 deal with major powers.

Foreign Minister Mohammad Javad Zarif revealed the breach – which defies a warning from European co-signatories for Iran to stick to the deal despite US sanctions – on Tuesday morning.

Mr Zarif confirmed to the ISNA news agency that Iran had exceeded the relevant limit of 300 kilograms of uranium hexafluoride (UF6).

Earlier he had maintained the move was not a violation of the 2015 agreement, arguing Iran was exercising its right to respond to the US walkout.

It comes less than a fortnight after Mr Trump said he ordered air strikes on Iran, only to cancel them minutes before impact.

The UN nuclear watchdog, the International Atomic Energy Agency, which monitors Iran’s nuclear program under the deal, confirmed the breach.

“So, no message to Iran whatsoever.”

The White House said it would continue to apply “maximum pressure” until Iran’s leaders altered their course.