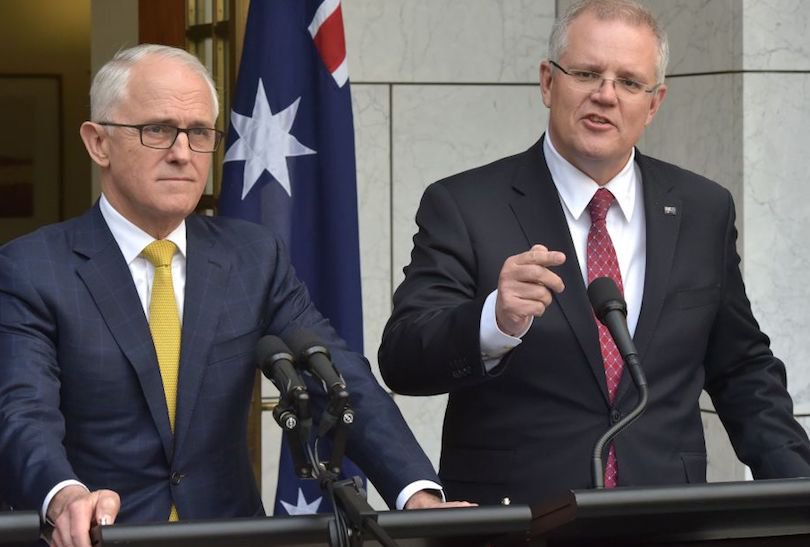 Jewish leaders have defended Scott Morrison for showing “genuine principle” after the prime minister came under attack from Malcolm Turnbull for flagging to move Australia’s embassy in Israel to Jerusalem during last year’s Wentworth by-election to flag moving.

It was revealed today Mr Turnbull, who was accused of failing to help then-candidate Dave Sharma win his former seat in the October 20, 2018, by-­election, had said on Sunday the embassy pitch was “really dumb” and showed a “complete misunderstanding” of Jewish voters.

But the Executive Director of the Australia/Israel & Jewish Affairs Council Colin Rubenstein told The Australian that Mr Morrison’s handling of the issue was well received by large sections of the community.

“Of course Morrison’s initiative, while obviously open to criticism, was widely welcomed and demonstrated genuine principle and self assurance,” Dr Rubenstein said.

“The further welcome opening of a defence and trade office in Jerusalem, and the determination not to be cowed by unhelpful conventional wisdom on these matters, marks Morrison as a courageous, pragmatic leader determined to make a positive impact on promoting conflict resolution and mutual coexistence.”

According to The Australian Jewish News, Mr Turnbull told the Friends of Wolper Jewish Hospital on Sunday that Mr Sharma, who subsequently won the seat at the May 18 general election, was punished at the by-election over the embassy issue.