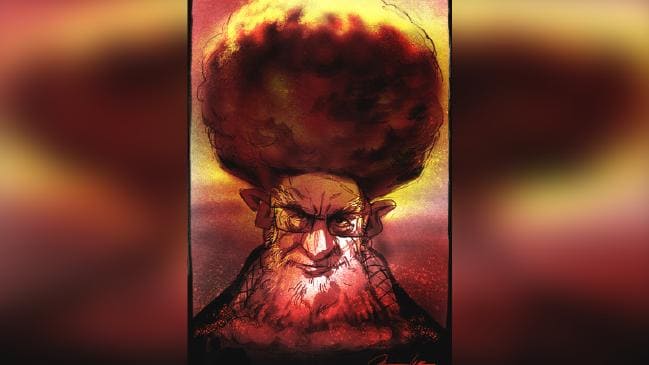 Iran lied, of course, and remains a nuclear threat

Tehran’s recent announcements that it has stockpiled more than 300kg of enriched uranium, and that it plans to enrich uranium to a 5 per cent level — thus breaching the 2015 nuclear deal, the Joint Comprehensive Plan of Action — are hardly a surprise.

Supporters of the deal blame the move on Donald Trump’s decision last year to withdraw from the agreement and resume biting economic sanctions on Iran. This was a big mistake by the US President, they claim, because it increased tensions in the Persian Gulf and the JCPOA was working, successfully containing the nuclear threat from Iran.

The truth is completely different. We now know the Islamic Republic never fully kept its part of the deal. Worse, the JCPOA failed to meet its main goal — to stop, or significantly delay, Iran’s “breakout time” towards an atomic bomb at a time of the choosing of Iran’s ruling ayatollahs.

These are the conclusions emerging from the ongoing analyses of the goldmine of hundreds of thousands of documents, daringly stolen from Tehran by the Israeli intelligence, early last year. This was Iran’s secret archive, containing all the documentary materials from its project to build an atomic bomb.

Leading scientists and experts — including from Harvard University’s Belfer Centre for Science and International Affairs and former International Atomic Energy Agency deputy director general Olli Heinonen — were recently given access to many of these documents. Their reports lead to several key conclusions.

First, the archive itself is a direct violation of the JCPOA. In the preface for the agreement, Iran promises “that under no circumstances” will it “seek, develop or acquire any nuclear weapons”. Tehran further promised to “fully implement the ‘Roadmap for Clarification of Past and Present Outstanding Issues’ agreed with the IAEA”, which required Iran to disclose all past military nuclear activity.

Read the article by Ran Porat in The Australian.