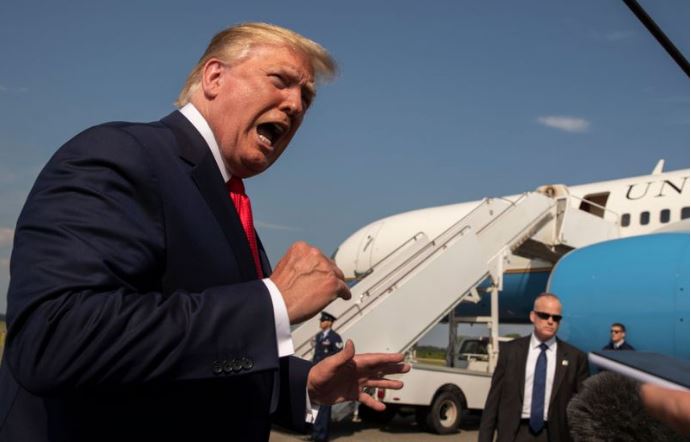 Jmedia Manager
Channel Nine
July 10, 2019 177
US President Donald Trump has issued a warning to Iran after the country moved to increase uranium enrichment beyond the purity threshold reached in a landmark nuclear deal Washington pulled out of last year.
Iran made the expected move last week, putting it no longer in compliance with the deal agreed in 2015 with the US under then-President Barack Obama and five other nations.
Tehran had warned it would increase enrichment following a 60-day ultimatum the country gave to the European signatories of the deal to ease sanctions on its banking and oil sectors.
Speaking yesterday, Trump said “Iran better be careful.”
“Because you enrich for one reason and I won’t tell you what the reason is. But it’s no good they better be careful,” he said before boarding Air Force One in New Jersey.
Iran announced Sunday that it has begun enriching uranium past 3.67 per cent, but did not say what level it would enrich to.”Iran is doing a lot of bad things,” Trump said.
“The way they want it they would have automatic rights to have nuclear weapons. Iran will never have a nuclear weapon.”
Read the article and watch the report on Channel Nine News.