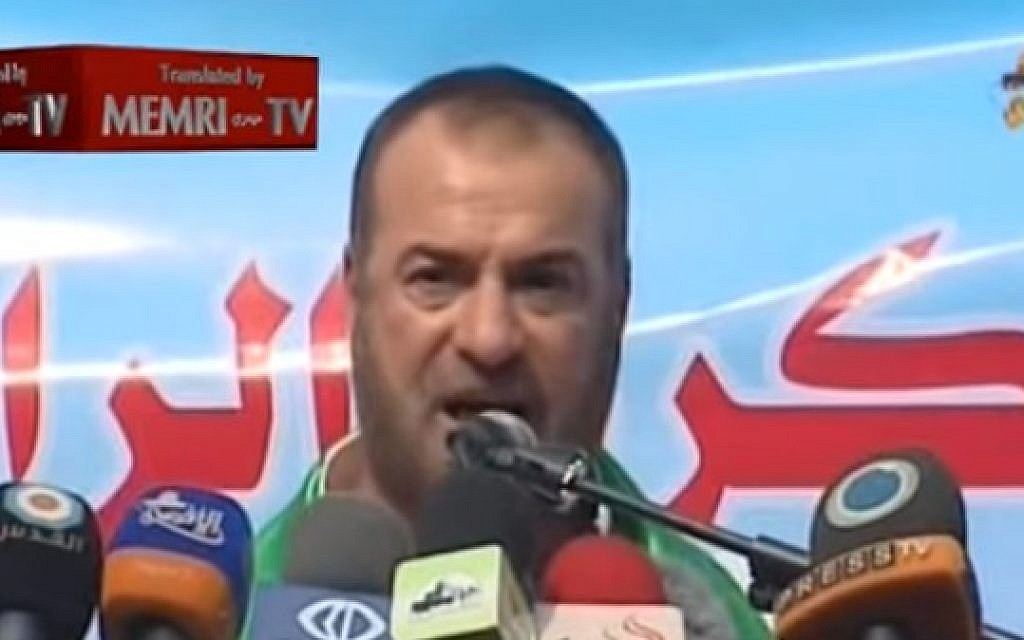 A senior member of Gaza’s Islamist rulers Hamas has encouraged Palestinians across the globe to kill Jews, drawing outrage from both Israeli and Palestinian officials as well as a UN envoy.

In a video from a speech to participants of weekly protests on Friday, Fathi Hamad, a member of the movement’s top political body, can be heard calling on Palestinians across the globe to carry out attacks.

“If this siege is not undone, we will explode in the face of our enemies, with God’s permission. The explosion is not only going to be in Gaza but also in the West Bank and abroad, God willing,” Hamad said.

“But our brothers outside are preparing, trying to prepare, warming up.” He continued: “Seven million Palestinians outside, enough warming up, you have Jews with you in every place. You should attack every Jew possible in all the world and kill them.”

Since March 2018, Palestinians have been taking part in Hamas-backed protests and clashes along the Gaza-Israel border in part against the Jewish state’s crippling blockade of Gaza.

At least 295 Palestinians and seven Israelis have since been killed in Gaza-related violence.

The Israeli toll recently rose to seven after an 89-year-old woman who fell while running for a bomb shelter during a flare-up of violence in May died of her injuries, according to Israel’s foreign ministry.