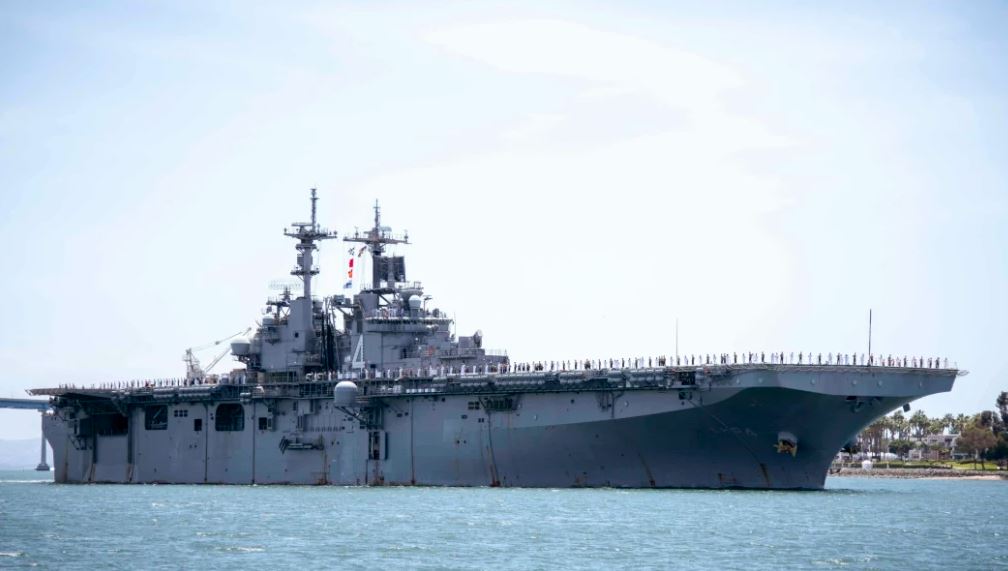 Washington: A US naval ship destroyed an Iranian drone that flew too close and ignored multiple calls to stand down on Thursday, President Donald Trump said.

The Iranian drone came within 1000 metres of the USS Boxer in the Strait of Hormuz before the crew “took defensive action” and “immediately destroyed” it,” Trump said in remarks ahead of a White House ceremony with a delegation from the Netherlands.

“This is the latest of many provocative and hostile actions by Iran against vessels operating in international waters,” he said.

“The United States reserves the right to defend our personnel, our facilities and interests and calls upon all nations to condemn Iran’s attempts to disrupt freedom of navigation and global commerce. I also call on other nations to protect their ships as they go through the strait and to work with us in the future.”

Pentagon spokesman Jonathan Hoffman confirmed the action, which he said was taken “to ensure the safety of the ship and its crew.”

US defence officials declined on to describe the incident aside from releasing a one-paragraph statement. The shoot-down follows a pattern of harassing behaviour by Iranian forces in the Gulf region that predates the Trump administration.

US military officials have sought to respond carefully in an effort to not further inflame the situation. It was not clear whether the unmanned aircraft was armed, or how the Navy shot it down.

Read the article by Liz Sly in the Brisbane Times.