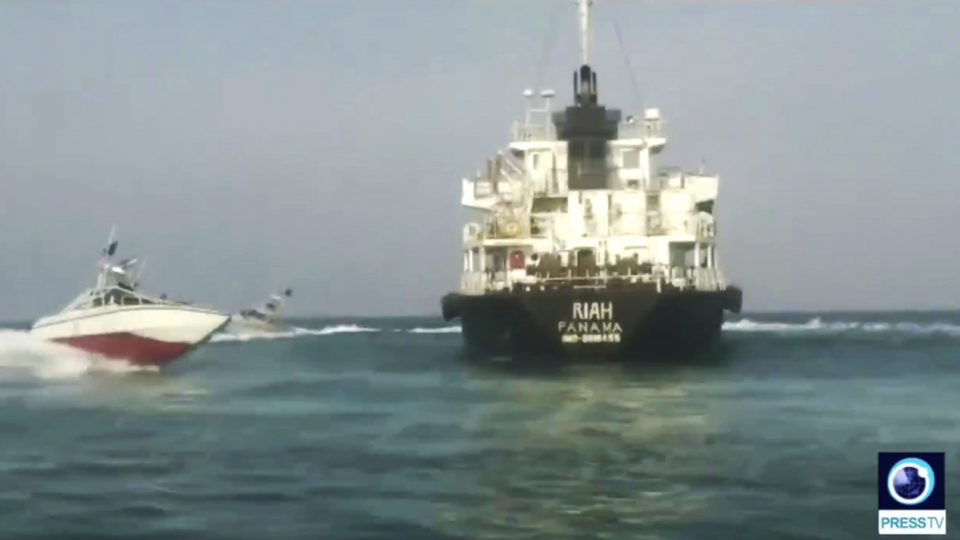 The United States has demanded Iran release a vanished foreign oil tanker and crew while claiming to have shot down an Iranian drone in the Gulf.

President Donald Trump said the US Navy destroyed the drone in the Strait of Hormuz on Thursday morning local time after the aircraft threatened the amphibious assault ship USS Boxer, coming within 915m and after being warned several times to “stand down”.

He said the drone incident was the “latest of many provocative and hostile actions by Iran against vessels operating in international waters”.

“The United States reserves the right to defend our personnel, facilities and interests,” he said.

“The drone was immediately destroyed.”

Iranian Foreign Minister Mohammad Javad Zarif told reporters at the United Nations: “We have no information about losing a drone today.”

The Pentagon said in a statement that the USS Boxer, with an estimated 2000 sailers on board, had taken “defensive action” against the drone as the Boxer was moving into the Strait of Hormuz.

“We do assess it was an Iranian drone,” said Pentagon spokeswoman Commander Rebecca Rebarich.

It comes as Iran claims to have seized an oil tanker which it accuses of attempting to smuggle oil through the vital shipping passage.

Iran’s Revolutionary Guard says it apprehended the vessel, which has yet to be formally identified, for shipping one million litres of fuel from Iranian smugglers to foreign customers, Iran’s state TV has reported.