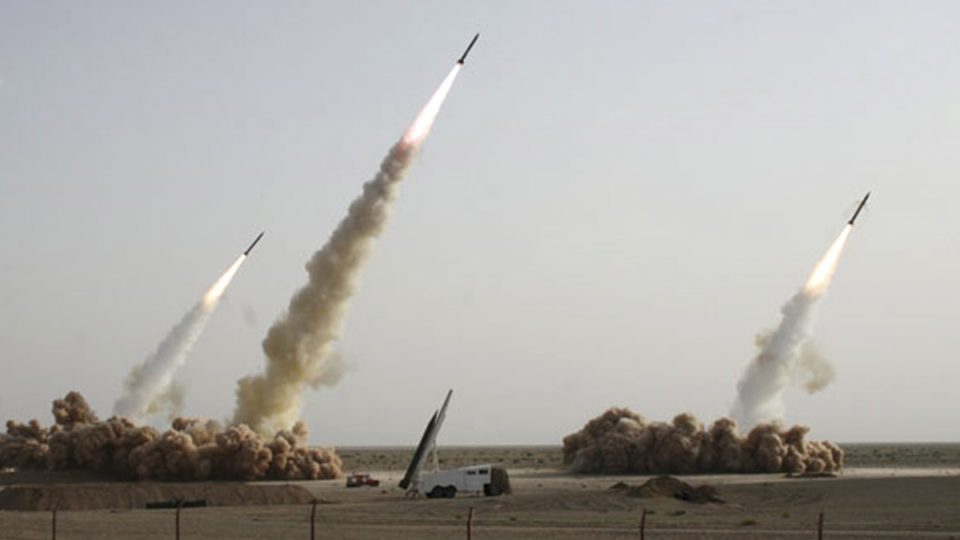 Iran has test-launched a medium-range ballistic missile inside its borders, US officials say.

The move defies Trump administration demands that Iran curtail the weapon program and demonstrates its intent to further push back against US sanctions.

The test came amid heightened tensions between Iran and the West, mainly over the safety of commercial shipping in the Persian Gulf and the Strait of Hormuz.

A White House spokesman called the test launch an example of Iran “acting out” as a result of intense pressure from US economic sanctions.

“You’ve seen their economy teetering on the verge of collapse for a while now. And when they’re backed into a corner, they’re acting out,” said spokesman Hogan Gidley, who also said President Donald Trump wants to begin conversations with Iran’s leaders.

Iran has responded to stepped-up US economic sanctions with a variety of military moves, and the Shahab-3 missile test launch could be considered another signal from Tehran that it will not back down.

The US officials who confirmed the missile launch spoke on condition of anonymity.

Tensions have mounted with Iran over a 2015 nuclear accord it reached with world powers.

The deal eased sanctions in exchange for Iran curbing its nuclear program.

Read the article by Robert Burns and Deb Riechmann in The New Daily and The Australian.

[Headline here is in The New Daily while this headline ‘Iran test-launched a missile, says US’ was in The Australian.]