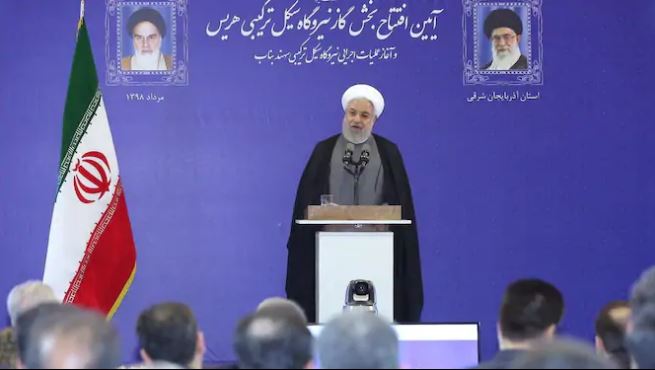 Iran ready for worst amid tensions with US

President Hassan Rouhani says Iran is ready for the worst in an uphill struggle to salvage its nuclear deal with world powers abandoned by the United States, but that he was sure Tehran would eventually prevail.

Fears of a Middle East war with global repercussions have risen since President Donald Trump withdrew last year from the 2015 deal and revived a panoply of sanctions meant to push Tehran into wider security concessions.

Iran has retaliated by breaching the deal, resuming uranium enrichment seen in the West as a potential conduit to developing an atom bomb, but faces severe economic damage under intensified US sanctions designed to strangle its vital oil trade.

“We have a hard battle ahead, but we shall surely win,” Rouhani said on live state television on Thursday.

“We are not acting on the assumption we will get results through talks and accords,” Rouhani said, alluding to European powers trying to salvage the deal that reined in Iran’s disputed nuclear advances but unable to protect from US sanctions the trade benefits that Tehran was promised in return.

“Instead we are planning based on the assumption that we will not achieve results. Our budget for this year and next, our ministries are also acting on this basis….We are acting and going step by step with long-term prudence.”

The downbeat remarks by Rouhani, architect of the landmark 2015 accord and a strong proponent of negotiations, hinted he was losing hope of avoiding a final collapse of the deal, though he left the door open to further contacts with Europe.

Read the article by Richard Ferguson in Perth Now (AAP).