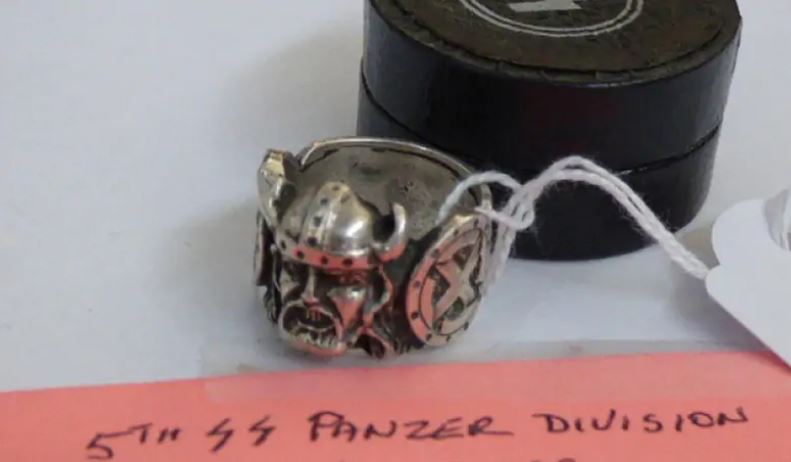 Tasmania will look into a ban on private sales of Nazi memorabilia after outcry over an auction house putting several of the war relics up for sale.

A belt buckle with a swastika were among items that went under the hammer in Launceston on Wednesday, despite calls from the Jewish community to remove them from bidding.

“I certainly do not appreciate the sale of items such as these, or believe it’s something that would be welcomed by the Tasmanian community,” Premier Will Hodgman told parliament.

“Whilst this particular organisation is not breaking any law, I think it does clearly break a community standard.”

An SS officer’s ring was sold for $1000 at the auction, while a German police belt buckle went for $525.

The auction house has defended the sale of the Nazi memorabilia but Mr Hodgman told reporters his government would “take advice” about implementing a ban on the sale of such items.

“We’ll certainly consider what options are available to government,” he added.

“We don’t want to impose unnecessary restrictions on people to do what they wish with their private property but I think there has been a line crossed.”

Auctioneer at Armitage Auctions Neil O’Brien told AAP it had sold similar items and all sorts of war paraphernalia over the past 30 years.

Read the article by Ethan James in The West Australian (AAP).