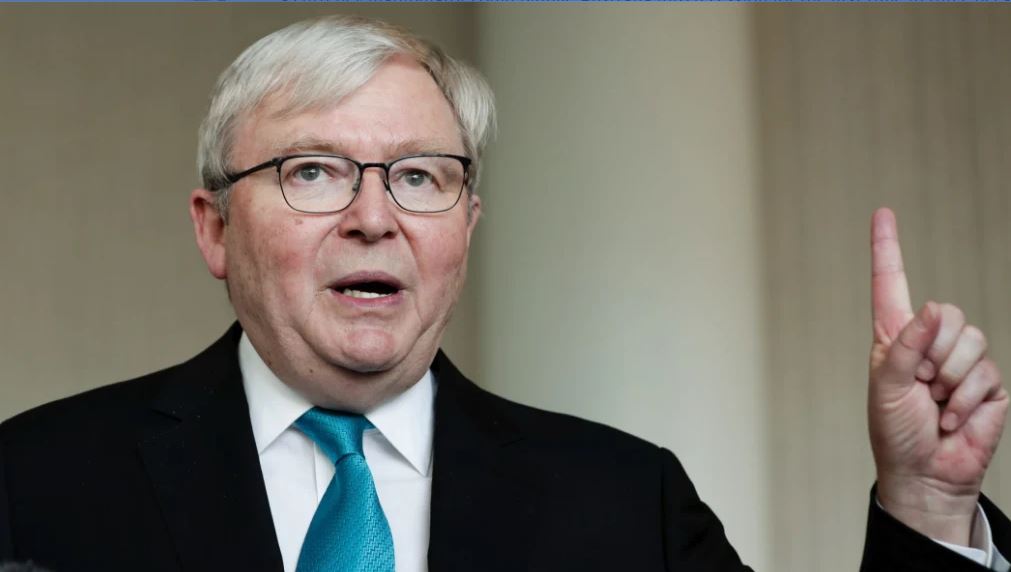 Australia at ‘real risk’ of recession, and a hot war with Iran, warns Kevin Rudd

Mr Rudd, now the president of the Asia Society Policy Institute in New York, said Prime Minister Scott Morrison should forcefully urge Mr Trump to strike a trade deal with China when he visits the US next month.

He also warned that Australia risks stumbling into a war with Iran if the Morrison government, as is expected, joins a US-led maritime coalition in the Persian Gulf.

“The rubber is about to hit the road when it comes to the US-China trade war and its direct impact on the sluggish Australian economy,” Mr Rudd said in an interview in New York with The Age and The Sydney Morning Herald.

“A recession is a real risk.

“If I was Prime Minister Morrison looking towards a state visit in Washington in September, there is one core interest for Australia: to argue to Mr Trump as powerfully as possible, in confidence, that he should pull his horns in and get this done.

“Otherwise there will be profound economic consequences for Australia.”