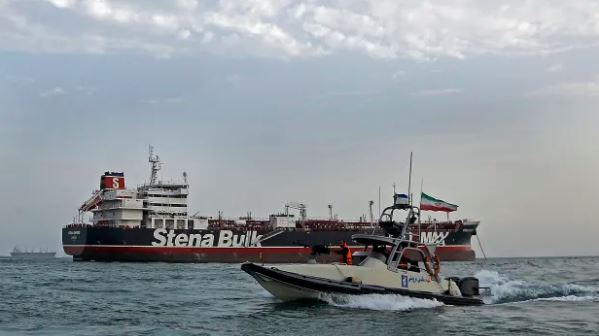 Scott Morrison has spoken to British Prime Minister Boris Johnson about possibly joining an international coalition to protect shipping in the Strait of Hormuz from Iranian forces.

The Prime Minister said this morning he was open to joining a US-led convoy in the Persian Gulf but stressed it had to be a multilateral operation.

“Freedom of navigation and safe shipping lanes is very important to the global economy,” Mr Morrison said in Townsville today.

“I spoke to Boris Johnson last night and indicated to him that we were looking very closely at our participation in this initiative which we would see a international, multi-national initiative. Not a unilateral initiative by anyone country.”

British ships have recently been seized in the Strait by Iran’s Revolutionary Guard and the new UK prime minister agreed to join a US-led mission earlier this week.