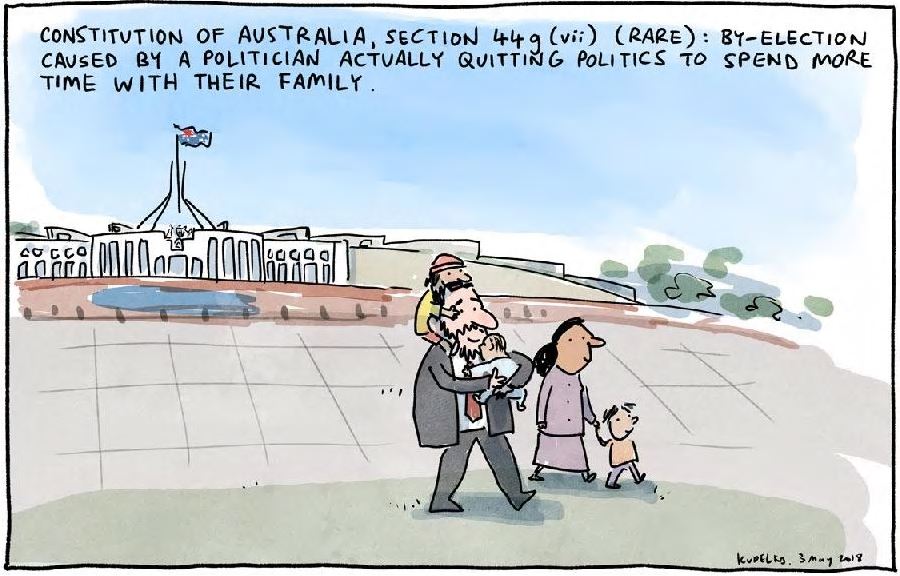 Section 44 trap is irrational and should be axed

The blaze of offence triggered by the challenge to Josh Frydenberg’s election — with suggestions of anti-Semitism lingering still — is misplaced. The offender is section 44(i) of the Constitution and parliament’s failure to address it, not the motives of those lawfully contesting his or other politicians’ right to sit in the parliament. With section 44(i) providing an opening, all sorts of unpleasant nasties, with all sorts of motivations, can clamour through it and cause havoc. The key is to close it off, and that ­requires parliamentary will.

Frydenberg has always been vulnerable, as has any member of parliament with a parent or grandparent who was a citizen of ­another country. The section requires a nominee to have renounced citizenship of another country where that country’s law identifies them as one of its citizens. Indeed, citizenship laws can be changed at any time so nominees must also check the laws of the relevant country at each calling of the election. Moreover, the renunciation must have been completed before that person nominates to run for parliament. The only exception identified by the High Court is where the other state’s nationality law would have the effect of “irremediably preventing” its citizens from being chosen to serve in the Australian parliament.

Many millions of Australian citizens are affected. For instance, any Australian citizen whose parents or grandparents settled in Australia as British subjects from other Commonwealth countries that were not “foreign powers” in 1901 became so after the Australia Act of 1986 and may be citizens by descent of those other countries. Citizens whose parents and grandparents were aliens and benefited from the immigration policies that led them to becoming citizens may also be caught. The High Court ­decision in Katy Gallagher’s case means potential parliamentary representatives will have to plan years in advance and double-check at every single calling of an election whether at that time they are citizens of another country, and then they must have ­renounced that citizenship in time.

Read the article by Prof Kim Rubenstein in The Australian.