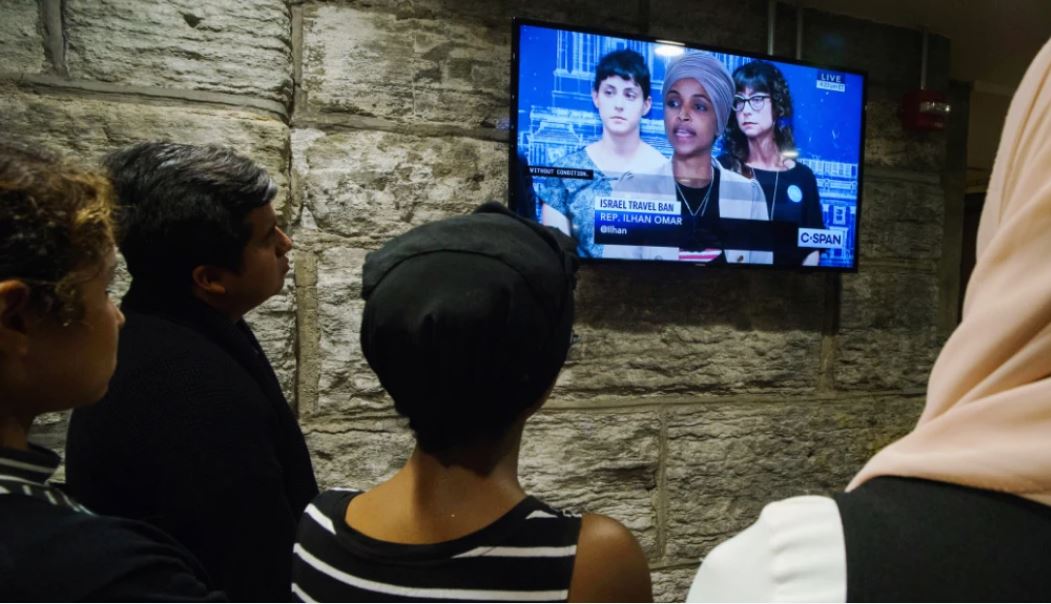 St Paul, Minnesota:  US Democratic congresswomen Ilhan Omar and Rashida Tlaib have sharply criticised Israel for denying them entry to the country and called on fellow members of Congress to visit while they cannot.

At Trump’s urging, Israel denied entry to the first two Muslim women elected to Congress over their support for a Palestinian-led Boycott, Divestment and Sanctions global movement. Tlaib and Omar, who had planned to visit Jerusalem and the Israeli-occupied West Bank on a tour organised by a Palestinian group, are outspoken critics of Israel’s treatment of Palestinians.

Tlaib, a US-born Palestinian-American from Michigan, had also planned to visit her aging grandmother in the West Bank. Israeli officials later relented and said she could visit her grandmother after all.
Read the article by Steve Karnowski in The Sydney Morning Herald.