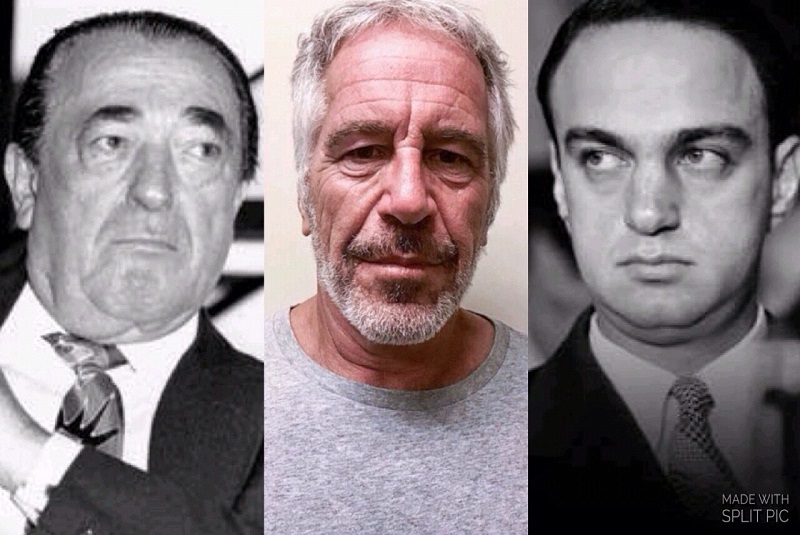 Trump’s Mentor a Homosexual Jew who dies of AIDS

Jeffrey Epstein, the billionaire who now sits in jail on federal charges for the sex trafficking of minors, has continued to draw media scrutiny in the weeks after his arrest on July 6. Part of the reason for this continued media interest is related to Epstein’s alleged relationship to the intelligence services and new information about the true extent of the sexual blackmail operation Epstein is believed to have run for decades.

As MintPress reported last week, Epstein was able to run this sordid operation for so long precisely because his was only the latest incarnation of a much older, more extensive operation that began in the 1950s and perhaps even earlier.

Starting first with mob-linked liquor baron Lewis Rosenstiel and later with Roy Cohn, Rosenstiel’s protege and future mentor to Donald Trump, Epstein’s is just one of the many sexual blackmail operations involving children that are all tied to the same network, which includes elements of organized crime, powerful Washington politicians, lobbyists and “fixers,” and clear links to intelligence as well as the FBI.

This report, Part II of this series titled “The Jeffrey Epstein Scandal: Too Big To Fail,” will delve into Cohn’s close ties to the Reagan administration, which was also closely tied to the same organized crime network led by the infamous mob figure Meyer Lansky, which was discussed in Part I. Of particular importance is the “Iran Contra” network, a group of Reagan officials and associates who played key roles in the Iran Contra scandal. Though it has remained relatively unknown for years, many key figures in that same network, and several fronts for the CIA that were involved in funneling money to the Central American Contra paramilitaries, were also trafficking minors for their sexual exploitation and use in sexual blackmail rings.

Several of these rings made headlines at one point or another over the years — from the “call boy ring” run by Washington lobbyist Craig Spence, to the Franklin child-sex and murder ring run by Republican operative Larry King, to the scandal that enveloped the Catholic charity Covenant House in the late 1980s.

Read the substantial article by Whitney Webb at XYZ.