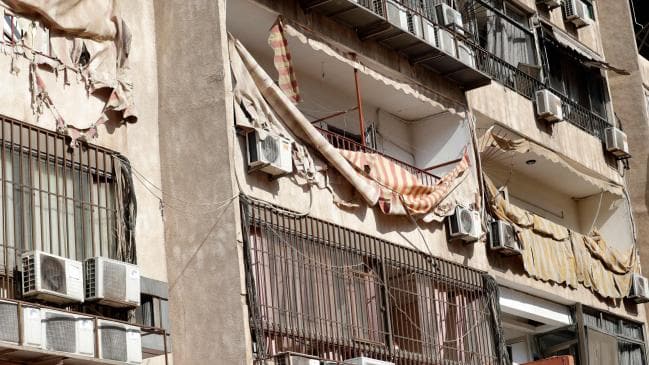 Israel yesterday struck twice in a handful of hours at its arch-rival Iran: launching attacks on Tehran’s troops in Syria and its proxy in Lebanon.

An Israeli drone fell in the Hezbollah-dominated southern suburbs of Beirut and a second one exploded near the ground at 2.30am (9.30am AEST), a Hezbollah official said, in the first such incident in more than a decade.

The second drone, which appeared to have been sent by Israel to search for the first one less than 45 minutes later, caused some damage when it crashed close to Hezbollah’s media centre in Dahiyeh, the official said.

It came hours after the Israeli military said its aircraft had struck Iranian forces and Shia militias near Syria’s capital Damascus which it said had been planning to launch “killer drones” into Israel. Israeli warplanes buzzed over Beirut shortly after the drones crashed, raising fears of a wider conflict.

Hezbollah spokesman Mohammed Afif said the movement’s leader, Hassan Nasrallah, was to give the “appropriate” response in a previously scheduled televised appearance.

Israel deems the heavily armed Shia Hezbollah, backed by Iran, as the biggest threat across its border. They fought a month-long war in 2006 in which nearly 1200 people, mostly civilians, died in Lebanon and 158 people died in Israel, mostly soldiers.