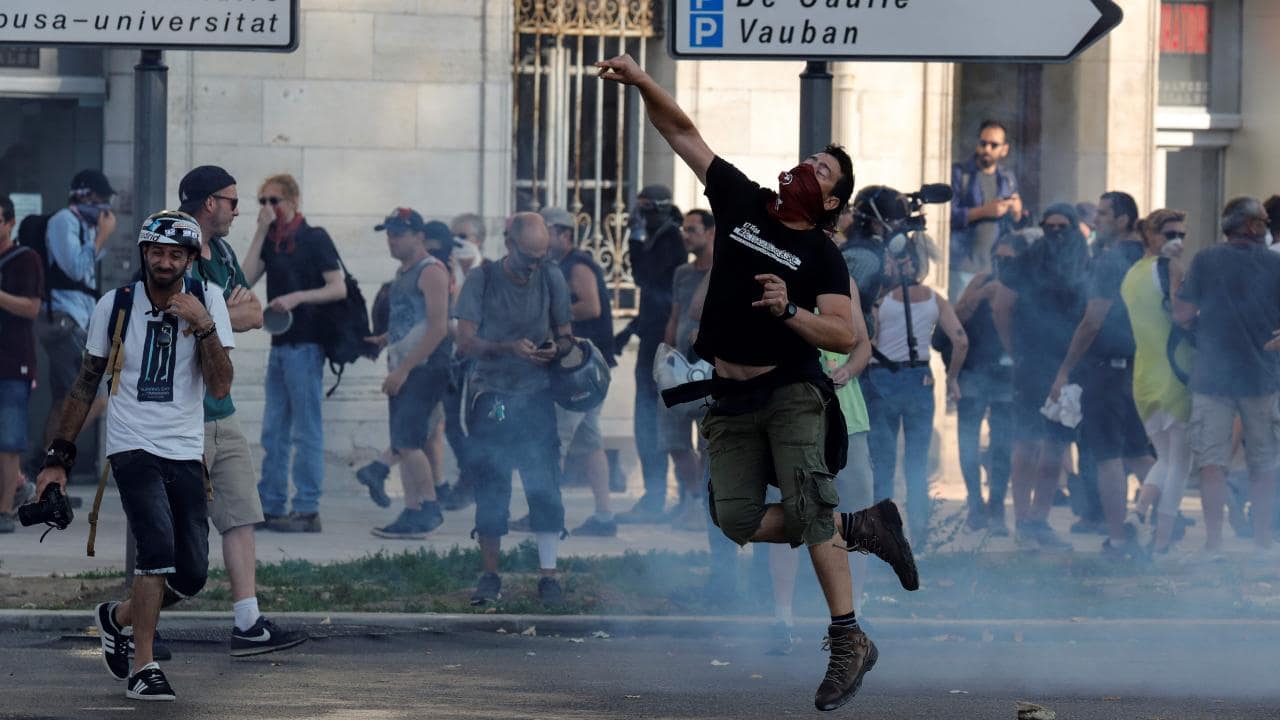 Summit split on outreach to Iran

Mr Trump had tried to play down tensions among Group of Seven leaders after an intimate dinner on Saturday in the southwest French resort of Biarritz, but came out swiftly to dispute France’s claim that they had agreed to let President Emmanuel Macron deliver a message to Iran on their behalf.

For several months, Mr Macron has taken a lead role in trying to save the 2015 nuclear accord, which has been unravelling since Mr Trump pulled the US out of the agreement. Mr Macron on Friday met in Paris with Iranian Foreign Minister Mohammad Javad Zarif and has also held telephone talks with President Hassan Rouhani.

No details were provided on what the G7 message to Iran would be but Mr Macron said the goal was to prevent Iran from getting nuclear weapons and avoid a further escalation in tensions in the Middle East.

“We’ll do our own outreach. But you can’t stop people from talking. If they want to talk, they can talk.”

Mr Trump described the dinner as “very, very good” and blamed the media for anything that implied otherwise. But it seemed from other accounts that the previous night’s dinner had been tense and the divide between him and the rest of the G7 was clear.