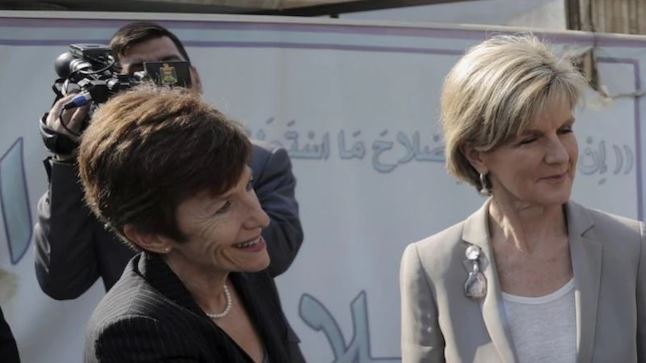 An experienced diplomat has been named as Australia’s next ambassador to Iran, amid a backlash from the Middle Eastern nation for joining an international military effort to protect shipping in the Strait of Hormuz.

Lyndall Sachs was named on Wednesday to replace Ian Biggs in Tehran after earlier stints as ambassador to Lebanon and to Iraq.

Australia has sought to rebuild its ties with Iran in recent years, reopening the Australian Trade Commission in Tehran in 2016, resuming talks on human rights issues and signing a consular memorandum of understanding in 2017.

However, it has made waves over a decision to send troops, a surveillance plane and a navy frigate to help guard oil tanker attacks which Tehran denies it is responsible for.

Kamal Dehghani Firouzabadi, the deputy chair of Iran’s foreign relations parliamentary committee, has warned Australia is taking a risk by joining the action.

“I don’t think there’ll be material damage to Australia. The damage will be to the reputation and prestige of Australia,” he told the ABC on Wednesday.

He said he was surprised Australia joined the US-led coalition, accusing Washington of making repeated mistakes including pulling out of a nuclear agreement.

Prime Minister Scott Morrison has warned against conflating the two issues, stressing that Australia’s involvement in the coalition is purely about protecting shipping movements.

Read the article by Matt Coughlan and Paul Osborne in The Australian.