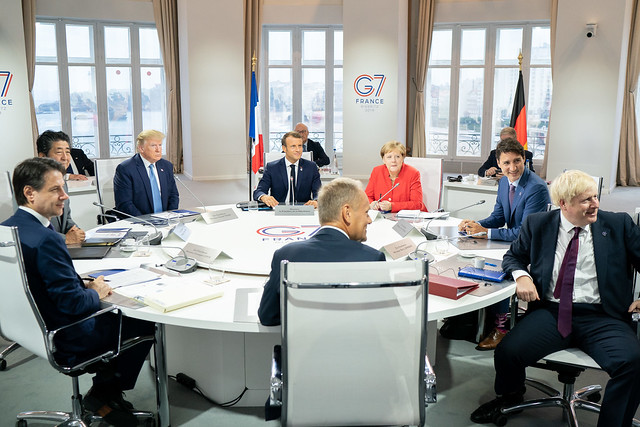 Will the Iran conflict break the West?

Before last month’s G7 summit in Biarritz, France, it was a toss-up whether the greater disruption would come from US President Donald Trump or British Prime Minister Boris Johnson. Yet the attendee who had the biggest impact was someone who wasn’t expected to be there at all: Iranian Foreign Minister Javad Zarif.

Although media coverage of the summit focused on trade wars, fires in the Amazon and the looming danger of a no-deal Brexit, the discussions about Iran were probably the most consequential. The fate of the 2015 Iran nuclear deal could determine not only whether the world’s most combustible region descends into a nuclear-arms race, but also whether the Western political alliance can survive.

In Biarritz, French President Emmanuel Macron opened the way for a US–Iranian détente. And in recent days, the main players in the Iran drama have all pulled back from the brink. The United Kingdom released the Iranian tanker (Grace 1) that it seized in Gibraltar. And, more important, Trump expressed a willingness to meet with Iranian President Hassan Rouhani, even suggesting that he wouldn’t object to Iran’s receiving a ‘short-term line of credit or loan’.

Nonetheless, several factors could derail de-escalation. For starters, the Trump administration remains convinced that the more pressure it puts on Iran (and on America’s European allies), the better. US National Security Advisor John Bolton, in particular, wants to asphyxiate the Iranian economy, and believes that cutting off any lifelines from Europe is the way to do it. He and other US officials will use all means at their disposal to chip away at European unity, with the most obvious pressure point being the UK. Worse, beyond applying economic pressure, some in the US—and in the region—also want to set a trap to lure Iran into a military conflagration.

There’s also the problem of Iran’s hardliners, many of whom feel as though they have gotten nothing from adhering to the nuclear deal, and that the way to build leverage is to become a bigger nuisance. That reasoning has led Iran’s leaders to dial up its disruptive activities in a number of theatres, not least by seizing a British tanker in the Strait of Hormuz in July (they, too, have noticed that the UK is Europe’s weak link).

Read the article by Mark Leonard (director of the European Council on Foreign Relations) on The Strategist.