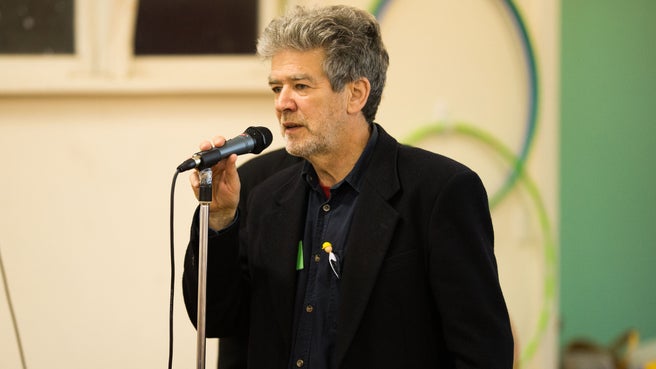 “It terrifies me.” The man trying to kick Treasurer Josh Frydenberg out of Parliament admits the effort could destroy him.

Michael Staindl portrays himself as David against Goliath. Or sometimes as Winston Churchill, doing what has to be done.

The businessman turned climate activist wants the High Court to rule the second most powerful politician in Australia, federal Treasurer Josh Frydenberg, is ineligible to sit in Parliament.

Staindl has filed a petition with the High Court claiming Frydenberg is a Hungarian citizen and therefore in breach of Section 44 (i) of the Constitution, which disqualifies dual citizens from parliament.

But Staindl doesn’t care if Frydenberg is a foreign citizen.

“The Section 44 thing is a joke,” Staindl said.

Staindl’s real motive stems from despair about the planet, his belief that without radical change we are doomed.

“Anyone under 50 is not going to have a viable climate to live in in their lifetime,” he said, calling global warming “an existential crisis”, one that threatens our existence.

He says as energy and environment minister, Frydenberg “did nothing on this.

The National Energy Guarantee – or NEG – crafted by Frydenberg under Malcolm Turnbull was sacrificed in a doomed bid to appease the hard right.

Read the article and watch the news report by Hugh Riminton on Channel 10.